↓
Home→Government→Local councils big themselves up, so it’s no surprise that parasites who want to look big muscle in

Guido Fawkes has splashed on a Labour councillor, Tim Dwelly in Penzance, who is resigning from Labour over hard-left bullying. But while he’s clearly a better man than the Stalinist thugs who have pushed him out, I have to think it’s another case of the centre left having cleared the way for the harder left. Here’s what he lists as his achievements in his resignation letter:

Here in Penzance I have tried hard to get things done not just talk. Results include: free night time parking, improved cleaning in the back streets, saving Jubilee Pool by getting the council to contribute to a successful funding bid, bringing CCTV to Princess May Rec, bringing a new outstanding-rated Oasis nursery to Lescudjack (coming soon, over 20 jobs), helping the Soft Play Zone get established, stopping the unpopular parking permits, getting graffiti removed from the Bowl skate park, replacing lights on the prom. 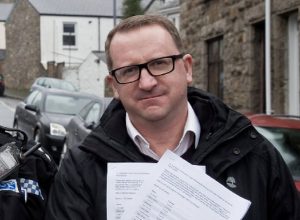 Most of that is a matter of him spending taxpayers money on his pet projects, rather than spending their money on some different projects. He may be better at spending than other councillors, in the sense that his projects run more efficiently, and are more in tune with what most people want, etc. But in the end he’s not achieving anything much himself, he’s just allocating money taken from taxpayers.

He even talks of providing ‘free’ night-time parking, as though this is a service the council has provided out of its own pocket, when all it really means is that the council is no longer going to take more money off people for it (and of course taxpayers were the ones who paid for the car parks to start with).

Another thing he’s doing is to use council powers to decide on what businesses can be established in what area.

When you think and talk like this it’s no wonder that people with their own ideas about how the world would be better want to get in on the action. Doing good in the world becomes nothing more than a matter of getting hold of government power, the power to spend government money in the right way, the power to make decisions about how businesses should operate, the power to extract more money out of the wicked, and so on. If you make government, even local councils, seem like the saviours of the community then it seems to make sense to give them even more power and prestige and money, and once you do that you’ve cleared the way for people who think like this, only more strongly than you do, to move in and replace you.

It’s an old adage, but it’s true: The more powerful you make government, the more attractive it becomes to those who want lots of power over other people.