↓
Home→Government→International Women’s Day message from PHE: women can only have half the chocolate that men can

There’s been some confusion about Public Health England (PHE) and their recent ‘call’ for meals to have fewer calories. The nannies at PHE are now saying we should follow a 400-600-600 rule, meaning that breakfast should be 400 calories, lunch 600, and dinner/supper 600. 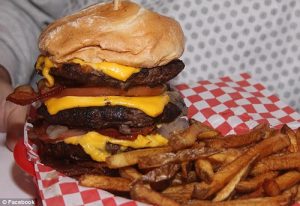 This should now feed a family of six for a week.

Because PHE haven’t been very clear about what they’re saying some people have taken this to mean that PHE are saying we should eat only 1600 calories a day (which we know isn’t enough to survive on long-term). For example, Tim Worstall at the Adam Smith Institute blog has been saying this, as has perennial gobshite Janet Street-Porter in The Daily Mail (in an article in which she advocates total state control of our eating, but that’s for another blog post).

But that’s not what PHE is saying. If you read their press release, they say that their previous guidance, that women should get 2000 calories a day and men 2500, still applies. (This is why you should always read the original source, rather than relying on what a journalist or headline-writer makes of it, if you want to be clear about what was actually said.)

So what they’re assuming is that the rest of the calories will come from snacks and drinks. So basically they’ve given up trying to get us to cut down on snacks. They’re no longer saying snack less and get a greater percentage of your calories from your main meals. Perhaps they now realise that that’s pushing dung against gravity. So they’ve decided instead that they’ll have more success with shrinking meal calories/sizes. I blogged about why this is unlikely to be very successful the other day, so I won’t repeat myself here. But it’s worth noting the change in tactics. 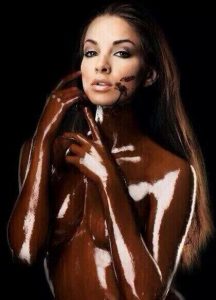 Don’t get any of it in your mouth, lady, or we’ll arrest you.

And notice something else. This is very unfair on women. They will only get 400 calories a day from snacks and drinks, whereas men will get 900. This is possibly  because PHE wanted to keep things simple, and not have different meal guidelines for men and women, but it means a lot more chocolate for us men. As it’s International Women’s Day I thought it would be worth shouting this out: Public Health England thinks men can have more than twice as much chocolate as women can. I look forward to the arrest of PHE officials under some stupid equality law.