and it’s possibly worse — in the sense of more entrenched — than the US deep state.

I’ve watched the establishment get taken over by the progressive left for twenty-odd years now. It was never going to end well. Recent events, such as the demonisation of anyone who criticizes Islam, the pushing of open borders, the discimination against conservative thought in most areas of life, etc. is bringing out into the open the existence of the deep state, although it was obvious to anyone who’s been paying attention that such a thing exists. 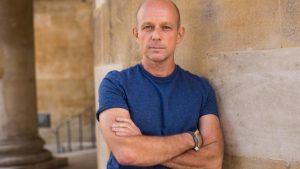 Yet it’s not a term that gets used much in relation to the UK, although a quick Google search reveals a Mirror article from a few weeks ago where Steve Hilton was reported as talking about it. Perhaps it’s time to start.

Or perhaps the term comes loaded with too many conspiracy theory overtones to be useful. The claim is not that there is a small cabal of ‘Mycroft Holmes’ types running things from behind the scenes, but rather that there are many tens of thousands of like-minded people — the Sociology strata, we could call them — in minor (and major) positions of power who can push things the way they naturally think they should go, and who don’t regard themselves as beholden to public opinion. Unless that class of people is divested of power, things will continue to get worse. 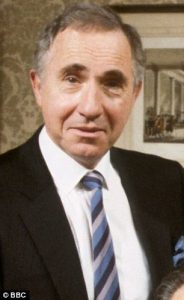 Brexit is seen by some as chance to wrest power away from these people, and this is right, but Brexit in and of itself will not change anything. There will still need to be a fight, because they’re not going anywhere right now. The likes of Theresa May and Amber Rudd won’t change anything, because they’re on the other side. The side of the modern Humphrey Applebys. They saw off Thatcher, and they mean to see off Rees-Mogg as well.