One of my more off-the-beaten-path comedy loves is a writer mostly forgotten now, but pretty big in his day: Michael Green, and his ‘The Art of Coarse’ series of books: The Art of Coarse Acting, Coarse Drinking, Rugby (still the world’s best-selling rugby book), Sailing, Golf, etc. I was doing a bit of re-reading of some of his books recently, and decided to Google him, and discovered that he had died about six weeks ago, so I thought it would be appropriate if I gave him a bit of a send-off.

If you haven’t read any of the series before, they describe these various pursuits from the viewpoint of the ambitious-but-crap amateur, the actor who thinks he’s great but who really prefers to spend Act I getting noticed and Act II in the bar , the rugby player who thinks his talent has been overlooked all these years, but still considers that a win accomplished without expending much energy is better than a win that requires exertion, because the latter requires less skill and brains, and so on. 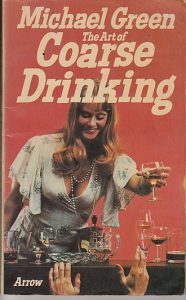 He also drolly details the other eccentrics in the boat crew or the team or the production who are even bigger duffers than the Green character. It’s a very British type of humour, in the sandwiches-for-lunch-in-a-layby-near-Nuneaton manner, with incompetence, laziness, and cunning all featured players, but team spirit and being a trouper get a guernsey too. The portraits are all drawn kindly, without much spite or malice. Some of it is laugh-out-loud funny, some of it is more gentle. It’s not comedy genius, but it’s consistently amusing and there’s no padding like you get in a lot of actor’s memoirs, it’s well-crafted and edited.

One of the things I really liked about these books is that, as well as being funny and spot-on (or not spot-on but still funny) they really evoked their era: provincial Britain in the late 50’s, and early 60s. Although later books were written in the 70s and 80s, they all seemed to have that same feel about them. 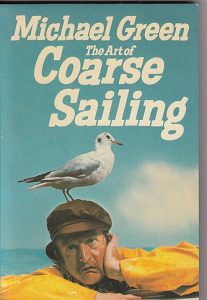 The portrait of Britain painted in these books was a realistic but affectionate one. Britain was a somewhat drab, conventional, poor and cold place at the time (to some degree anyway — let’s not overdo that old cliche), but it was still full of characters, characters who weren’t that way by deliberately dressing-up and posing, as happened later in the 60s, but ordinary people who were just naturally following their own trumpet section. It was full of suburban-but-free spirits who just got on with living life and pursuing their hobbies, who didn’t spend half their time agonising over whether they’d accidentally bought something from South Africa, or whether, to take a more modern example, the way somebody spoke to them constituted a micro-aggression. No-one had to stay at work until midnight because of government-mandated admin, so other pursuits were possible. And it was a more unself-conscious era, when University rugby players could fill a bath with beer bottles and sing bawdy songs without being forced to go to a series of diversity lectures as a punishment.

As a result when I read the books I get a sense of the time and place more strongly than any realist novel from the period. Well, perhaps not more strongly, but equally strongly, and Green’s books are far more fun to read, and I don’t have to put up with the angry politics that most of those novels are full of.

He has other books as well, which I’m intending to get hold of and read, but for anyone who wants to read any of his stuff you can’t go wrong with ‘The Art of Coarse Something’ series. Choose whichever topic you’re most interested in to start with, but they’re all funny even if you’ve never had any previous interest in the activity before. 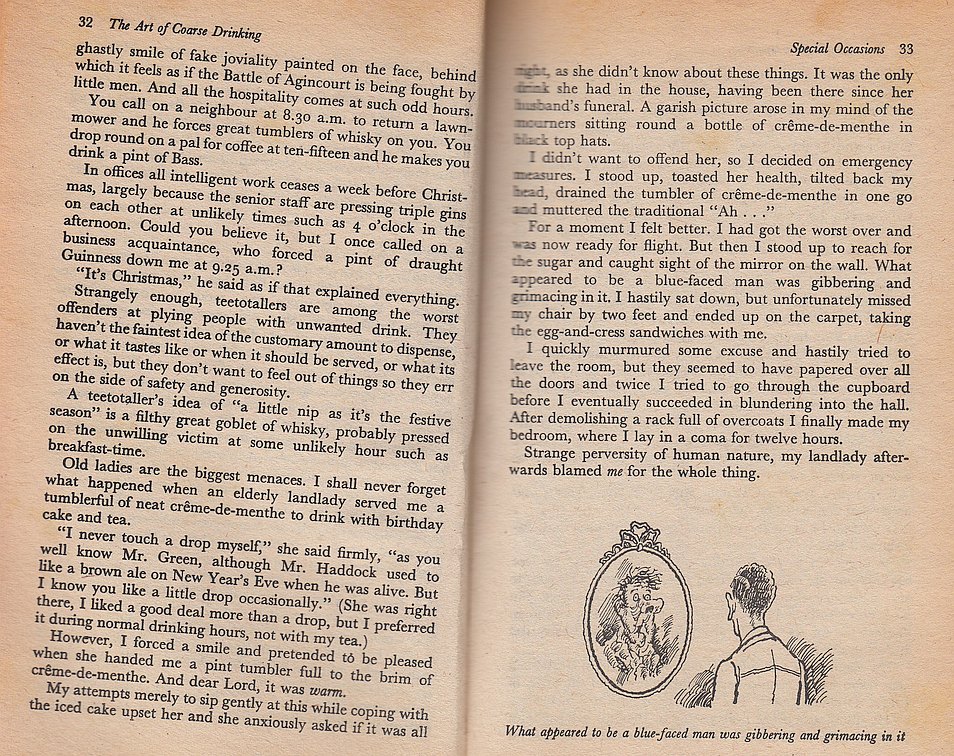 Some obituaries and articles:

Leicester Mercury, which he was sacked from for mucking about and damaging the printing press.

An earlier piece in the Independent where Green was no 53 on a list of forgotten authors.

A rugby-centered ESPN story from 2017, which still has a lot of detail about him.

A similar piece from in The Rugby Paper in 2014, again with a lot of interesting detail.

An interview with him in his later days about Coarse Acting:

Update: Thinking about it, I suppose my campus novel owes something to Green. ‘The Art of Coarse Lecturing’, perhaps, in a more modern, less generous, style.