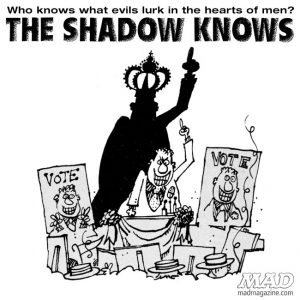 The other day I saw this on the Twitter page of Sean Thomas (one of my favourite online writers):

Am on a train listening to strangers, families, couples – all chatting, making friends, swapping stories, laughing. This is how humans normally interact. Then I go on Twitter: lots of strangers spitting anger, abuse, hatred. The internet is fucking us up. As a species. 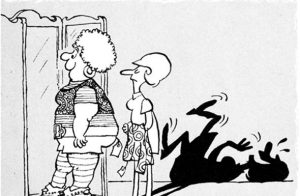 What is revealed on the internet (or should I say social media — most blogs don’t display this sort of behaviour) is the hidden underbelly of our thoughts and feelings, which are normally covered up in a face-to-face social context by politeness. 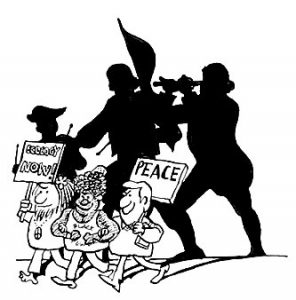 This is not, of course, an original observation; in fact it’s the standard complaint about social media. But I did amuse myself recently by noting that the old ‘The Shadow Knows’ strip by Aragones in Mad magazine pretty much predicted, in its own way, social media. Take a look at some of his old Shadow cartoons: the Shadow is basically Twitter and Facebook, isn’t it? The id being let out of its cage. A window onto our heart. The subconscious being left at home alone when Mum and Dad are out for the night. All now posted freely for the world to see, no longer buried away in shame. 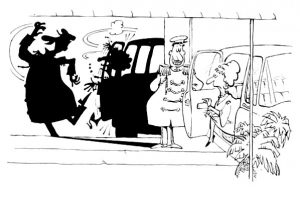 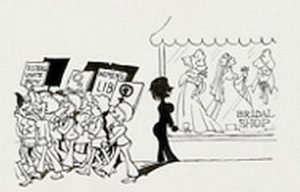 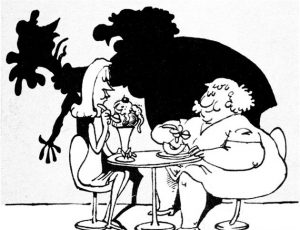 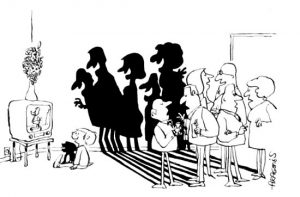 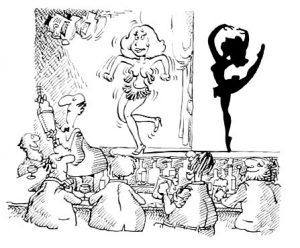 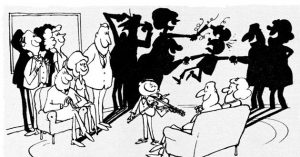 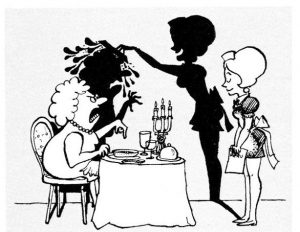