Following on from my post from yesterday, you may wonder why it is that right-wingers — whether UK Conservatives, US Republicans, or Australian Liberals — are so in thrall to the other side. Why do the Conservatives get bossed about more easily by The Guardian than the views of the shires? Why is it that when the Conservatives claim to endorse the views of their voters they’re really only paying lip-service to them, and in reality they’re doing almost exactly the same as what Labour would do?

One important reason has to be that they are steeped in the culture of the other side. Most people in politics went to University, and have worked in a field like journalism, the civil service, academia, the City, the charity sector, a union, teaching, etc. And those fields are all drenched in progressive leftism. Most people in those fields (even the City, although obviously to a lesser extent than a Union), are progressive leftists. The Guardian and the BBC are the reference points. So even if someone is an out-and-out Tory, they’re swimming in a progressive pool, and getting marinated in the stuff. It gets into parts of their philosophy without them realising it.

Going back to the religious analogy of yesterday’s post, it’s like most of the people of a country are one religion, and the rulers and the courtiers are another. Say the people are Catholic, and the country is Protestant. An ordinary person might start out as Catholic. Then he goes to University, which is strongly Protestant. Most of his Catholic friends renounce their Catholicism within a year or two, and become Protestants, but he stays true to his Catholic roots, or so he imagines. Then he joins the court, along with all his friends, old and new, from the University. Most of the people he works with are Protestant, and he is continually mocked for his Catholic views. Protestant writings are the reference point for most of the people he works with, and being caught with any strongly Catholic writings will make him a pariah. 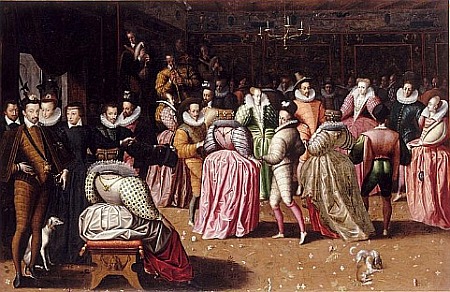 He continues to maintain that he is a Catholic — perhaps he receives money from Catholic sources, which means he is minded to do this — and he claims to represent the Catholic views of the wider public. Moderate Catholicism, of course, but Catholicism all the same. But over time his views and behaviour become more and more Protestant, and without even realising it his behaviour becomes barely distinguishable from Protestant behaviour. And every time he puts forward some Catholic interpretation he is ridiculed and shamed, so every time he backs down and adapts his beliefs to something similar to what the Protestants at court think.

The people notice this, but they have no choice but to regard him as their representative at court because there is no alternative — the court will not accept anyone who has not come up through the system. The court tolerate him because they know that without some Catholic representatives at court the people will revolt, and they know they have him under control.

What usually happens in this sort of system? Eventually the people revolt. That’s what happens.* 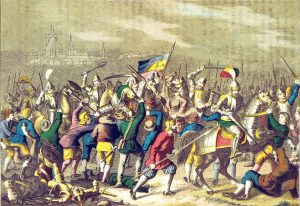 *Especially if the court is clearly trying to turn the nation Protestant.