There were ten speakers featured, and guess how many were Conservative politicians? Two? Three? Don’t tell me four? No! Ten! All ten were Tory politicians. All speaking on the record. Can you imagine the excitement levels? 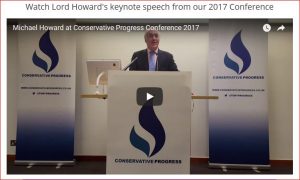 They’re actually advertising this as an attraction.

What would you say to any of these pollies if you had the chance at break time? Here’s what I would say: “You have until Brexit day to get in Rees-Mogg and totally change direction, because after that you are totally finished. Much of the right will never vote for you again. They’d rather shoot you than vote for you. You will soon be ancient history. Got it?”