Political journalist, Adam Bienkov, fired back saying there was no “disadvantage to being an angry old man with pink cheeks”.

He tweeted: “No ‘gammon’ is not a racial slur.

“Nobody has ever been abused in the street, denied service or threatened with deportation because they’re an angry old white man with cheeks like two slices of Wiltshire.”

According to the logic of this twerp, if someone, for example, says to a white man, ‘You’re white meat, fit for nothing but slaughter because you’re a filthy white pig, and I hate all you big-nosed white devils’ — something along those lines — that wouldn’t be a racial slur because there’s no disadvantage to being a white man. Nobody has ever been abused in the street or denied service because they’re a filthy white pig, so it can’t be a racial slur. 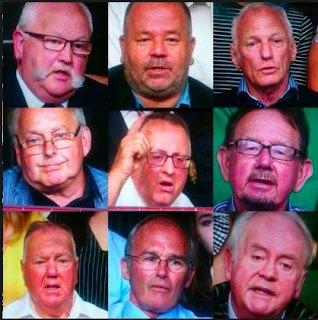 Not even if the abuser — sorry, commentator — adds, ‘Whites are subhuman trash, and all whites should be killed just because they are whites and a different race than us’. That’s still not racist, because nobody’s ever been threatened with deportation because they’re a filthy white pig.

Clearly, on this way of thinking no white man or woman can ever be racially abused, no matter what is said. It’s just not possible. So stop complaining or we’ll lock you up, deny you service and deport you, you filthy white pig.