There’s a story up on Cricinfo — the biggest cricket site in the world — at the moment about why Sri Lanka’s captain getting caught ball-tampering is not the big deal like the three Australian players who got caught ball-tampering recently. I wasn’t that interested in Cricinfo’s list of reasons why, because putting sweet, sticky saliva on a ball is generally considered less heinous than sandpapering it, which every cricket fan will accept, but I was intrigued when I saw that one of Cricinfo’s reasons was this:

There is minimal outrage in Sri Lanka

And why, pray tell, is there minimal outrage in Sri Lanka?

Where Cricket Australia’s response was spurred by public condemnation of the Cape Town incident, Sri Lanka’s public has, at most, expressed only quiet disappointment so far. Two possible reasons why the public reactions have been dissimilar:

This carefully manages to avoid mentioning the obvious: corruption is rife in the Asian sub-continent, and is part of everyday life. Bribery of officials is commonplace, and expected. Every Indian I know will talk long and loudly about this. It’s no secret to them.

But Cricinfo cannot bring itself to admit this, because it’s politically incorrect. Instead it uses euphemisms, like “the relatively laidback nature of Sri Lankan fame”, and “there is not so high an expectation of morality”, which are so anodyne that it’s difficult to even read between the lines if you’re not already familiar with the situation. 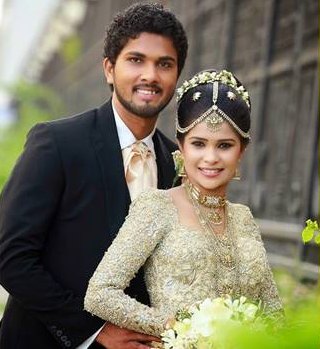 So it has become politically unacceptable for a body of any standing to say something like “Sri Lankans are more accepting of cheating than Australians because it’s a normal part of their society, and they think a star would be a fool not to take advantage of this, whereas cheating is not accepted in Australia”, even if that is true.

(This is not to deny that there is corruption in some parts of Australian society; notably in the NSW Labour party, and the unions, which have been riddled with it. But the newspapers and the courts have done a pretty good job of covering a lot of that up.)