Take housing; on the Isle of Wight the quasi-worship of markets clashes with our desire to grow our economy. We export our young people because the homes we need aren’t those developers want to build. A free market would kill our economy — certainly the visitor element. The landscape and coastline celebrated by names such as Keats, Tennyson and Turner would be ruined by names such as Wimpey, Bovis and Berkeley.

However hard I try, I cannot see how the “invisible hand” of Adam Smith — a man I greatly admire — would achieve anything other than the ruination of my heavenly little piece of England. I need an interventionist council — and the state that gives it the power to intervene — to have any kind of balanced economy and to enforce efficient land use rather than lazy greenfield development.

Although Seely talks in his piece about the clash between the free-market and traditional conservatism, the tortured logic on display here seems to be the result of trying to minimise the clash. ‘The free market would kill the economy’. Really? Why? Because, apparently, the free market would invest lots of money in building homes on the Isle that people would want to buy or rent out as visitors. So, apparently, money flowing into the Isle would kill the economy. And building accomodation that would bring more visitors to the Isle would kill the tourism trade. Next Seely will be telling us that we need to blow up the Isle in order to save it. I’d offer to transfer thousands of pounds to his bank account for free, but he’d only reject it on the basis that he doesn’t want to go into debt. 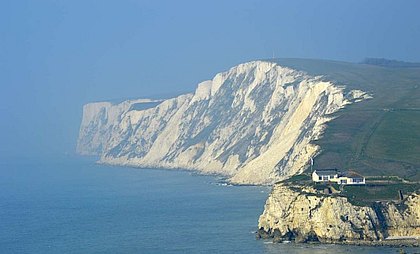 What he really means is that he wants to preserve the nice coastline from being ruined by loads of garish holiday homes. And he doesn’t want boatloads of the wrong sort of people coming onto the island, making the place less PLU. Maybe he’s right to oppose those things, maybe not, I’m not going to get into that here. But what he is wrong to do is to pretend that this is about the economy. It’s not. The Isle of Wight economy would boom if more houses were built. What it’s about is presevation and conservation. But it seems like he doesn’t want to say that, perhaps because it seems too conservative, rather than liberal, and a bit lefty, and perhaps because as a Tory MP he doesn’t want to be seen saying, ‘I don’t care about growing the economy, I like things how they are’. So he twists things around in his head until he even feels confident enough to write an article for CapX proudly displaying his confusion for the whole world to see.

He also trots out the old ‘It’s all about the young people’ line without actually explaining in any detail whatsoever how this works.

We export our young people because the homes we need aren’t those developers want to build.

And allowing developers to build the houses they want to build doesn’t force young people to leave, does it? It doesn’t make any difference to the young person whether a plot of land is left empty or has a holiday home built on it (except that perhaps the latter might provide an employment opportunity for them).

Anyway, most young people aren’t going to stay because most young people over the Western world don’t want to stay in quiet backwaters like older people do. They want to move to thrusting places with lots of people where there’s a variety of interesting jobs, a great many more potential mates, and fun to be had.