↓
Home→Music→Kill your darlings (if they say the wrong thing)

Yesterday I tweeted this:

I said a few years ago that the left is aiming is to outlaw conservative opinion, or to practically outlaw it. At the time people thought I was exaggerating. But it seems pretty obvious now.

Still think I’m exaggerating? Consider this. The left is currently agitating against their former darling Morrissey because he has recently spoken out in support of Tommy Robinson. And now he’s cancelled his UK and European concerts which were to be in July. He says it’s because of logistical issues, so maybe it isn’t because of the planned protests, but the protesters are clearly happy that they’ve ‘rattled’ him, and are promising to protest against any future UK concerts.

These aren’t so much protests as attempts to shut Morrissey down, to damage his sales and cast him to the outer wastelands of art and society. And they’re not doing this just because he’s a former figure of religious significance to so many on the left who feel he has betrayed  them personally (although no doubt there’s some of that in there). It is, rather, the usual attempt by the left to shut down anyone who doesn’t toe the line. Because you might think, why bother about one artist who has a different view when 99% of musicians all support the party line? Does this one guy really matter? But that’s not how the left works. You cannot let that one artist get away with his deviationism, especially if he has some cultural significance, however waning. All must be made to toe the line, or else become pariahs. Otherwise we might have another Kanye West on our hands. Hence the additional hit job on Morrissey the Guardian also ran today, where they call him a ‘poisonous parody’. 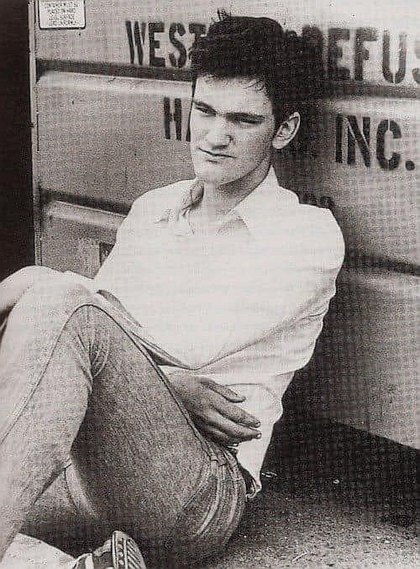 This is actually the young Quentin Tarantino, but he looks like Morrissey here, so this photo will do

I suspect it’s going to become increasingly difficult for any artist who doesn’t toe the line to perform in the UK any more because of the strangehold the left has on the culture. A big enough artist, such as Kanye West, could get away with it, but try doing it if you’re mid-level act who’s said the wrong thing and have drawn the attention of the Guardian. You’d be lucky to even get in the country if you don’t already hold a British passport.