↓
Home→Culture→We should celebrate the tattoo

Yes we should. Celebrate the urge some people have to ink their skin. Because then we know not to hire those people. Or let them marry our children. They’re telling us, very kindly, that they’re unsuitable for the position. And that is kind of them, because it saves us a lot of trouble. Maybe if we need some ditches dug then getting some guys with tatts is okay. But that managerial position? No. Maybe if the guy makes the effort to cover them up. Otherwise no. He could dig some ditches if he really needs some work. 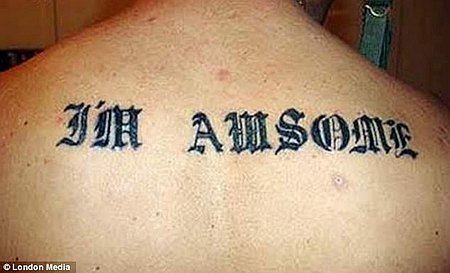 But what about those middle-class millenials who don’t come from the typical working class background where tattoos are the norm, and they’ve just jumped on the bandwagon? Should we throw them out as well? Yes indeed we should. They’re even worse. At least the working class painted people have a sort of excuse. At least they’re sometimes the salt of the Earth types. In fact, I’m only kidding about them, really. But a young idiot who thinks tattoos are cool and rebellious, even though there is plenty of evidence of Billy Idol on the web, is absolutely the last person I’d want working for me. Not even digging ditches. And he can get his paws away from my daughter. 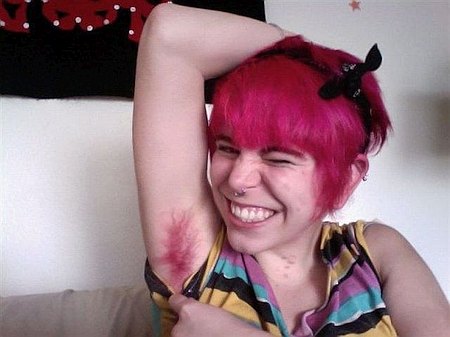 The same applies to women with pink hair. Women who dye their hair pink, or blue, or whatever colour is currently trendy, are putting a sign on themselves that says ‘I am an unstable, selfish, illogical feminist who will talk shit for hours about things I know nothing about, and get irrationally upset about ridiculous things.’ They may not realise they’ve branded themselves in this way, but they have. And I for one am thankful for it. And, one day, my son will be thankful too.

Update: This all goes double for people with face tattoos.