Everyone keeps telling Theresa May not to make the same mistake with Brexit as with the last general election. They’re saying, don’t try to do everything your way with just you and a small cabal of advisors doing what you think fit, ignoring everyone else. Look how badly that turned out last time you did it. You threw away an enormous poll lead and almost lost the election. You did it your way and you barely scraped through.

Thing is, if you want to stop her this is the wrong thing to say. Because she won the last election. She won. Sure she threw away an enormous lead, and sure she humiliated herself and her party in winning, and sure she had to abase herself before the DUP to scrape over the line into power. But the point is, she won. She became PM.

She clearly didn’t care that much about the damage to the party that was caused. Remember this is the woman who said the Conservatives were the nasty party. She doesn’t like the grassroots any more than David Cameron. What matters is that she wears the crown, and she ain’t giving it up. 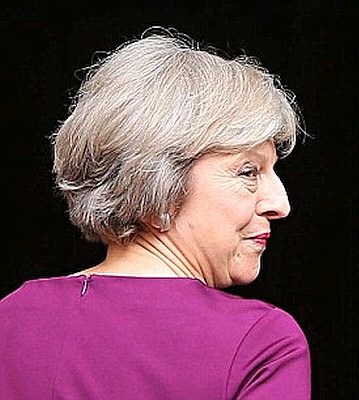 Unfancied old mare wins it by a nose.

She has exactly the same plans for Brexit. She thinks she can scrape over the line again with her Chequers plan. She thinks she can scratch and fight and bodge and fudge and bully to get it over the line. If the party dies as a result, she won’t care. She doesn’t care who gets damaged, as long as the photo finish shows her winning it by a nose. She’d happily shove her husband off a roof to get her hands on the trophy.

That’s why we can’t rely on the fact that everyone hates Chequers to see it off. It will only die when she dies. That’s why she has to go.