A man called Tony Hall, who the papers assure us is important, wants more of our money taken off us by force and given to a television company called the BBC:

“We cannot allow any further narrowing of distinctive British content, or its crowding out by better and better-funded overseas competitors,” he will state on Tuesday.

Outlining the scale of competition, he will reference studies which found Netflix is spending $8bn a year on content, Amazon is spending $5bn, and Britain’s public service broadcasters combined, including the BBC and Channel 4, are spending £2.5bn.

“It cannot be right that the UK’s media industry is competing against global giants with one hand tied behind its back.

Who is Tony Hall? Well, this may just be a complete coincidence, but he’s the Director-General of the BBC. 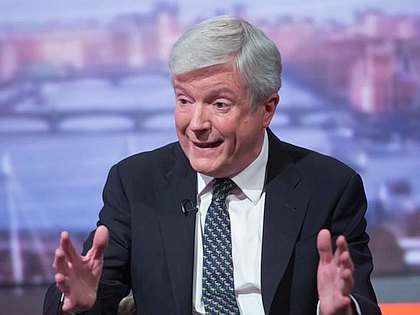 “I want this much extra money.” And fair enough too. Those endless Remainer guests don’t pay for themselves.

The thing is, Tone, Netflix doesn’t get funded by a licence fee, where you have to pay them whether you like it or not, otherwise men come and kick down your door and drag you off to court. And nor does Amazon. But your television company does. Because the government has a soft spot for your company and its politics, they allow you to take a whopping three and a half billion quid a year off British TV watchers, even if they don’t want to watch your channel. Whereas Amazon has to make all its money from people voluntarily choosing to pay money to Amazon. You, in complete contrast, get the money regardless. And regardless of the fact that you’ve been churning out God-awful shows for decades.

And you think it’s your God-given right to be able to compete with enormous American TV companies, and to have the government guarantee that you get as much money as them, even though Britain is one-fifth the size of the US. (Should Australia also take this approach with their equivalent to the BBC, the ABC? Should the Australian people be forced to fund the egotistical dreams of the ABC staff?) Why can’t we say the same about novels? The British novel just can’t compete in the worldwide marketplace at the moment due to a lack of funds, so let’s push a lot more government money their way (as long as it doesn’t go to the wrong novelists, like Hector Drummond). Why is it so important that British TV is given government money? What about heavy metal? Atre British heavy metal bands getting left behind with the rise of metal in Northern Europe? Do we need to slip a few billion to them as well? 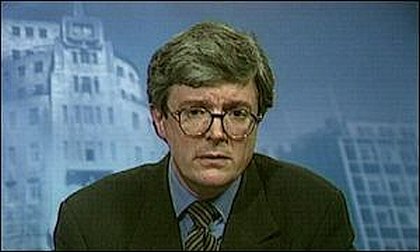 Tony really mastered that serious BBC 80s look. Here he is making an appearance as himself on Drop the Dead Donkey, where he says “The devastation is overwhelming” in his best BBC voice.

But a solution to the perennial BBC funding problem is now at last at hand. This can be seen from this column in which lovable ex-madcap Bryony Gordon goes loopy over the BBC’s current output:

And what does all this brilliant TV drama have in common? The BBC. Every single must-see programme at the moment is available to watch thanks to Auntie – which probably explains why its director general Lord Hall chose this week to suggest that the licence fee might need topping up, much like a teenager asking for an increase in their pocket money after some good mock GCSE results.

And while I know it’s not popular to sing the praises of the corporation, I’m going to do just that. The BBC is brilliant right now. It is more than fulfilling its role as a public service broadcaster in that it is, for once, bringing the general public together.

In what must be the most fractured period in recent British history, the country is finally finding a reason to unite and bond: over good, old-fashioned Sunday night television. A chance to briefly forget about Brexit? I’d say that with Bodyguard alone, the BBC is more than earning its licence fee. 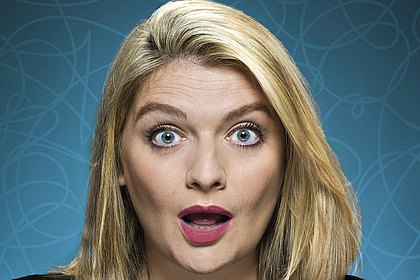 I say happily, because if there are this many people who currently love the BBC then they will be happy to dig into their own pockets and fund it themselves. Personally I can’t stand anything written by Jed Mercurio since my wife got me to watch several episodes of Line of Duty, which was well-acted but had a ridiculous plot. So I’m happy as well, because I’ll no longer be forced to fund an incredibly expensive channel that I actively dislike.