So why is it millenials know nothing at all about the atrocities and disasters of Communism? Some Conservatives have complained that it’s because the schools are not teaching it. Students know all about the dangers of Nazism, but they have a vague, rosy-tinted impression of Communism, because the schools, and the culture at large, tell them in great detail how bad the Nazis were, whereas the truth about Communism gets swept under the carpet, or sanitised.

I think this is generally true. Of course there are plenty of other factors at play, but this is an important reason. But the question it raises is, why are the teachers and cultural gatekeepers doing this? The obvious answer is: because they’re on the same side as the Communists. This may not be a very controversial contention for most readers of my blog, but it would be regarded as a strong thing to say to many other people. But it is the most natural conclusion to draw.

That reasoning may have seemed plausible a few years ago, but now I think it has become clear that it’s not true. Large numbers of these gatekeepers have revealed themselves, since Brexit and Trump, to be authoritarians, who will tolerate no dissent. They’re not the democratic left, they’re the authoritarian left. They may not call themselves Communists (though more and more of them are), and they may decry past Communist methods (or at least past Communist results) when forced to, but they do share with the Communists the strong desire for a non-democratic central authority to run society, and to run everyone’s life along certain lines. 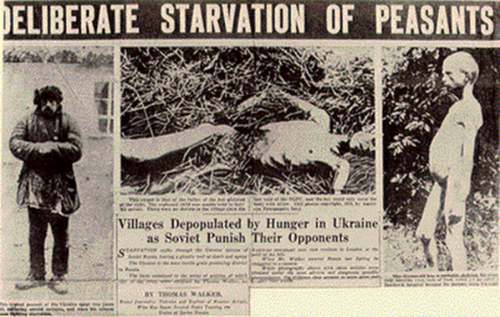 After all, if you really are of the democratic left, wouldn’t you be at pains to distance yourself from Communism, by saying, well, this is how things turned out whenever we went the non-democratic route, so it’s better that we stick to democracy? Sure the Russian Bolsheviks killed millions of people, but they’re nothing to do with us, they had a completely different system. Wouldn’t you stress that it’s not just that we’re going to do Communism differently next time, we don’t want to ever do it again at all?

Look at the democratic right. They take great care to completely distance themselves from fascism. The democratic right has nothing to do with fascism, but it’s constantly being accused of being Hitler. And they respond by going into great details on what the Nazis did, and how their system led to those evils, and generally specifying the difference between Nazism, or some other fascist system, and modern conservatism/libertarianism. They don’t just mumble some reply and try to change the subject.

The truth about Communism hasn’t been neglected, it’s been deliberately sidelined. By authoritarians in positions of power who crave the power that the Communists had.

2 thoughts on “They walk among us”