Jack Buckby, a columnist for The Rebel, complains on Twitter:

No conservative media outlet has covered the story of how Antifa made false tips to the FBI about me, a conservative, and how it got me banned from the US as a result. And those who made the fake tips weren’t arrested. Not. One. Media. Outlet.

This seems shocking, until you realise that there aren’t really any conservative news sites left. Not in the old media, anyway. Certainly not in the UK. In terms of newspapers you have centrist and leftist papers. There are no right-wing TV channels, or radio stations. There are very few right-wing radio broadcasters like you get in the US and Australia. Even in the US Fox News is moving to the centre.

If you say ‘What about the Telegraph in Britain’, well, that brings to my point today. Let’s have a look at who the Telegraph now hires. Sure they have Fraser Nelson and Alistair Heath writing columns for them. But who are the new bread and butter young working journalists? For today we’ll take a look at a young man called Greg Dickinson, who works for the Travel section. Greg has just written a piece called ‘The year tourism broke the world – and why the worst is yet to come‘. This is what he manages to put into the start of an article that’s supposed to be about overtourism.

Today Collins Dictionary announced its 2018 Words of the Year. ‘MeToo’, ‘single-use’, ‘vegan’, and ‘gammon’ all made the cut

Isn’t nice to know that Collins Dictionary has become woke as well? (For the record, they also included ‘gaslight’ and ‘whitewash’; ‘whitewash’ in the new political sense, of course.)

Collins is on the money with its selection

So Greg thinks that ‘gammon’ really is a word worthy of Collins’ endorsement. Would he think the same with a pejorative aimed at the left? ‘Cuck’, for example? Or would that cause a media storm and resignations at Collins??

no doubt the cultural history books will remember 2018 as the year that we finally became ‘woke’ about single-use plastics,

That rather depends on who wins the culture wars, doesn’t it? ‘Single-use’ is a word which no-one outside of media millenial circles uses. (So, of course, it was the overall winner.)

Because sexual misconduct is not an issue that has ever come up before.

and (like it or not) saw the notion of an animal-free diet enter the mainstream.

Media millenials don’t seem to know about anything before 2011, do they? We’ve had to put up talk of the vegetarian breakthrough for nigh on forty-five years now.

To be fair, judging by his Twitter account Dickinson isn’t a Corbynista, or anything very radical. He’s just a clueless Millenial with, I suspect, another worthless Humanities degree and a mindset he’s just absorbed like air pollution at his University. But these milquetoast soyboys now fill up the ranks at newspapers like The Telegraph, and as a result the Teleguardian is now more likely to be concerned with the latest mobile phone release than, say, the machinations of the civil service.

I mean just look at this guy: 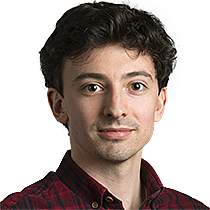 I don’t normally criticise people for their looks, but it’s not his looks I’m criticising here. (In fact, if it’s any consolation Greg, if you’re reading, you’re very good-looking). It’s the look on his face that gets me. He has that modern millenial set of the face down pat. It’s the look that tries to reassure you that he’s a non-threatening, inclusive kind of guy, who sees the good in everyone, at least everyone who’s on the approved list. He’s light-hearted, but doesn’t like jokes that pick on people. He’ll stop drinking when he starts to feel light-headed. He’s not quite leftist enough to do the head-tilt that Tim Blair has so often featured on his blog, but he’s not far off.

In fact he reminds me irresistably of Obama’s famous pyjama boy — it’s the very same look: 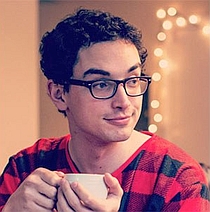 Good luck getting the pyjama boys interested in your plight, Jack Buckby. As the days get colder they’re going to be spending the next few months drinking hot chocolate and talking about state-funded health insurance. 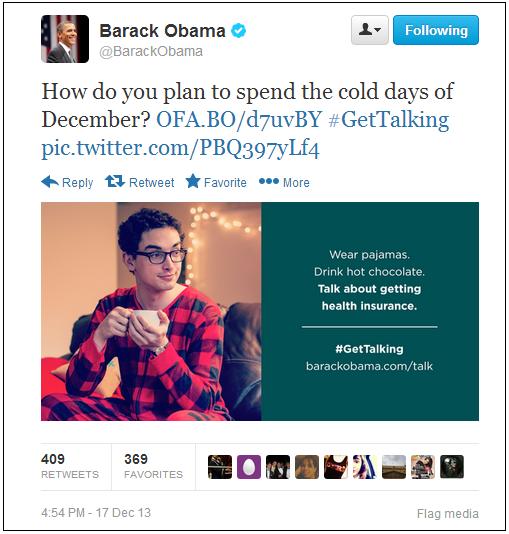 One thought on “Is there any conservative media left?”