Graham Lineham causes consternation on the right, not just because he’s reputedly the ‘worst person on Twitter’, but also because he writes comedies that everyone, even evil right-wingers, love, like Father Ted, and Black Books (which I was always lukewarm about). But before we get too carried away with the ‘how can a comedy writer who’s so good be such a creep?’, let’s not forget that he co-wrote one of the most unfunny sketch shows ever, or at least one of the most unfunny in that golden era when comedians weren’t deliberately trying to be unfunny. Big Train is currently getting a lot of stories written about it as it’s twenty years since it made its sad debut.

Big Train had its own approach to sketches: ludicrous “what if” concepts – what if a 40-year-old man entered a schoolgirls’ gymnastics contest?

It wasn’t funny then. It’s even less funny now: 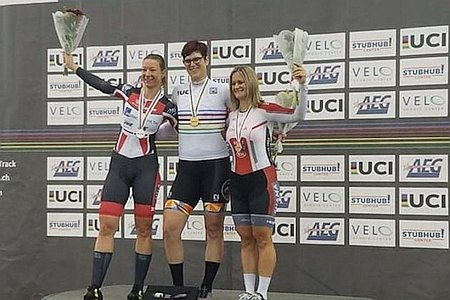 What if a woman fell in love with some temporary traffic lights?

This is like Monty Python on the back of a cereal box.

What if Jesus and Satan worked in the same office? – but played totally straight.

The sort of sketch idea I’d expect from a 12-year-old.

“We were very impressed by On The Hour and The Day Today,” says Linehan. “What they seemed to do was take ridiculous ideas and treat them extremely seriously. In such a way that you could say there were no gags.

You certainly got that bit right.

And you showed that that quickly became dull. Each and every such sketch.

Across both series, Big Train retained another key principle: no returning characters or catchphrases.

“I like sketch shows that are constantly different, or if they have running characters they parcel them out sparingly, so you don’t get sick of them,” says Linehan. “I had a theory that the reason people like sketch shows is the novelty and excitement of what the next one’s going to be. Running characters can be relied on too heavily – often the same joke with tiny variations.

Okay, let’s see how that avoidance of using the same joke with tiny variations worked out in reality:

The 43rd World Stare Out Championship Finals
“I found the principal so funny. It was just the same panel again and again and again with different commentary beneath. We just came up with tiny variations.

“Prince stalking Jockeys, that’s all it is!” says Matthews.

Yes, we noticed that’s all it was.

“It’s the jockeys’ innocence… they’re simple-minded and Prince is a devious animal.

In theory it’s a laugh riot… well, actually, it’s not even funny in theory.

Jockeys are funny aren’t they? They’re small and dress in an unusual manner. You get the impression you could throw them around.

It’s a good thing you’re not a right-winger and saying this, Arthur, you’d never work again. An angry and influential man called Graham Lineham would call for you to be strung up.

Perhaps the ultimate “what if” style Big Train sketch. The Bee Gees and Chaka Khan (Llewella Gideon) are reimaged as wild west gunslingers and locked into a OK Corral-style shoot-out.

Nightingale (Amelia Bullmore) pays the hospital manager a visit. She has the heart of a saint but the mouth of a hard-drinking sailor, and assaults the poor man’s ears with a tirade of (beeped out) profanity. “The Lady with the f_____g lamp” (as she describes herself) is eventually dragged out by security.

Wow, nobody’s ever thought of having a nice character swearing, have they?

Hall and Oates On The Estate

The pop duo (played by Simon Pegg and Kevin Eldon) are sent to clean up a tough estate – scrubbing graffiti off the walls, picking human excrement out of the lifts, and getting tips from the Eurythmics. The residents are not amused by Hall and Oates’ efforts.

I think you get the idea by now. Reading these outlines is like reading a comedy article about sketch ideas that are so bad it’s comical. Let’s make some of our own up, following the Big Train patented instant-shitty-sketch formula:

Michael Parkinson and Billy Connolly are management consultants sent in to improve a firm run entirely by oompa-loompas.

Thor tries to go to work in his office in a swanky high-rise building, but the jobsworth at the door won’t let him bring his hammer in.

Martians land on the Earth, but they get into a series of comical misunderstandings with some inarticulate ordinary people in regards to the aliens’ desire to be taken to Earth’s leader, and so they end up at the local council offices, where they totally get the runaround, eg. they have to wait outside an office so they can see some minor departmental head, who ignores the fact that they’re aliens, and he fobs them off onto some other department. [Actually this idea is quite good.]

All the sexes at work have to share the same toilet… oops, that one’s now real.

Not everyone hated Big Train, so please feel free to defend them in the comments if you like. (Yes, I know the cast was good. It was the writing that stunk.)

4 thoughts on “Not everything Glinner touched was gold”