Nobody seems to think this is what’s happening, but in my view we shouldn’t rule out the possibility that Theresa May is simply engaging in the old-fashioned, tried-and-tested tactic of offer a shit deal and say it’s final, and definitely can’t be changed, and then allow yourself to very reluctantly be talked into changing the parts you knew were never going to be accepted in order that you can get all the other not-quite-as-shit bits through:

Theresa May has drawn up a secret plan to scrap the controversial Irish backstop in a bid to win round angry Tory Brexiteers.

It has emerged that the PM has quietly won agreement from the EU to abandon the emergency plan if both sides can agree on “alternative arrangements” to keep the border open. 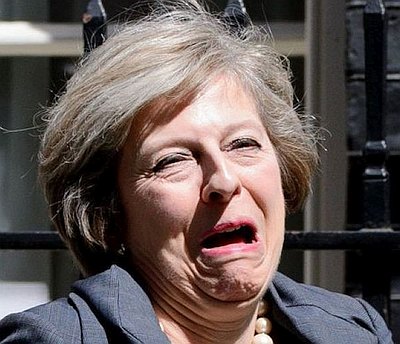 The reason nobody has suggested that this is May’s game seems to be because she does come across as someone who’s extremely inflexible and absolutely determined that it’s her way (or the EU’s way) or the highway, and she’s not one for compromise. Well, perhaps she really is like that. But perhaps it’s at least partly an act, put on because she knows that’s how she’ll get her way in the UK context.

After all, she’s been happy to roll over and compromise massively with the EU. The Theresa May in Europe is very different to the Theresa May in the UK. We know she plays games, like when she does one of her fake patriotic speeches with the little flags. So how do we know this isn’t what May’s up to? Get a bad deal through by offering a monstrously bad deal first? It’s the standard tactic, so why wouldn’t May be using it?

5 thoughts on “Is May just playing the oldest trick in the book?”