More polyamory-pushing from the media:

Wednesday Martin, whose latest book Untrue explores “why nearly everything we believe about women and lust and infidelity” is wrong

This is really Tim Newman’s territory, but I wanted to make a few points. Firstly, what is that we believe about ‘women and lust and infidelity’ that’s wrong?

Sure, all those thousands of years nobody, including women themselves, had a clue, but now we brilliant moderns with Sociology degrees have discovered the truth that eluded everyone else for so long.

she explains that contrary to popular opinion, women tire of their sexual partners faster than men, and need just as much sexual adventure and novelty as their male counterparts – if not more

But isn’t that just folk wisdom? Women get married and go off their husbands much quicker than the husbands go off them? That’s the basis of a million jokes, after all.

This year has seen, if not an explosion, then at least a creeping insinuation into our culture of the idea that monogamy might not be the only approach to long-term relationships.

Well, yes, and you’re contributing to it. But it’s hardly new. These things go in waves. In the 70s it was called ‘free love’, and it was all the rage.

Meanwhile we’ve had an MP, Labour’s Jess Phillips, recommending that schoolgirls should be taught about orgasms.

I’m starting to think this is not a serious article. (It is the Telegraph Women’s section, after all.)

since female sexual autonomy is, argues Martin, a feminist issue, closely interlinked with the power and autonomy women have in the workforce and in politics, the significance of this online movement should not be overlooked.

Others might argue that since it is a feminist issue, it should be overlooked.

She struggled with monogamy herself in her 20s; more recently, she realised there were data indicating that she was not alone.

How incredibly unobservant would you have to be to only realise this after looking at scientific data? The difficulties that many Western people have with monogamy is one of the most salient features of the Western world since the 1970s. Imagine not noticing the enormous number of films, TV shows and books that are all about infidelities, betrayals, cheating, etc. (Perhaps someone should send her a DVD set of Carla Lane’s series Butterflies.) Imagine not noticing the explosion in divorces since the 70s, and the accompanying boom in singles culture. Has this woman been living under a rock for 50 years? 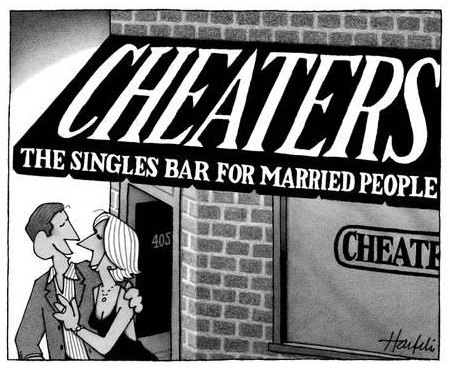 “What’s so exciting is there’s relatively new science and social science that flies in the face of the holy triumvirate of beliefs about male versus female sexuality: the first being that the male libido is stronger than the female libido

A notion we’ve been continually told is wrong since about 1972.

the second being that women are more naturally monogamous

I’m afraid that one probably is true. But that doesn’t mean that women don’t feel desire for other people. Everyone does. But the circumstances of most women, especially women who want to have children, make leaving monogamy behind a bit more difficult for them than it is for men.

and the third being that women are the enforcers of monogamy and are more cosy and domestic than men,” she says.

That’s still probably true more of women than men. But that was never a black and white issue. We’re talking percentages here. And of course changed social circumstances come into play as well: with taboos against divorce and having children out of wedlock having disappeared, and state support for single mothers having come into being in many Western countries, women have been virtually encouraged to abandon monogamy.

“All this exciting research had come out over the last years, picking apart every one of those supposed truths”

Quantitative research, or qualitative? Because that whole B.S. qualitative sex research thing — a few women talk about their sexual fantasies, and the researcher writes a best-selling book about it — has been with us a long time now.

To this end, her chapter “Bonobos in Paradise” begins with a look at the work of primatologists regarding the sexual behaviour of female simians.

Christ, the bloody bonobos again. Where would all these sexual freedom pioneers be without their bonking bonobos? 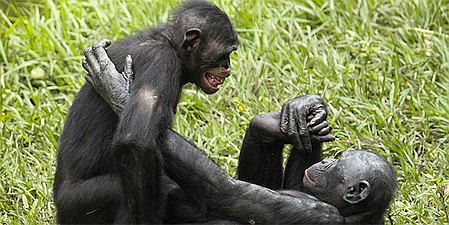 A few pages later, Martin has segued into reportage from the front line of female sexual exploration: women-only sex parties, known as Skirt Club, and attended by women who identify as largely heterosexual, many of whom are married to men.

What she witnessed there didn’t only show female sexual fluidity in action in humans; it also busted another myth, she says – that women cheat for emotional connection.

Then there’s this caption to a picture:

Because nothing illustrates (supposed) scientific research better than… a fictional character. (And what did you expect a female assassin to be like? A traditional mum? The mum from the Waltons?)

Martin appears not to realise that monogamy has never been supposed to be easy. For some people it is, but it’s always been acknowledged by virtually everybody that for many people it’s difficult. It’s something that has to be worked at. But for many people the rewards outweigh the downsides. But we all — the ‘we all’ meaning every adult in the world apart from Wednesday Martin, until she did her scientific research — know that it can be a struggle.

But she’s the genius with the new research at her fingertips, so what’s her solution?

“Ok,” she laughs. “So here’s the deal: consensual non-monogamy … “That’s an awful lot of people struggling with monogamy and believing their only option is to remain monogamous and unfulfilled or have an affair and pray it doesn’t blow up your marriage. What if,” she posits, “we looked at struggling with exclusivity after a number of years as simply the baseline, and gave people a whole range of solutions?”

She acknowledges consensual non-monogamy would not be the way forward for everyone. “[For] some people that would drive them absolutely insane and it would be a terrible idea,” she says. For those people, she suggests alternatives, such as trying to inject the spark back into the sex life you already have.

“The real gift would be to give your spouse permission to have the conversation,” she says. “Why is it better to get a divorce and move on when you simply decide ‘I don’t fancy him any more’, or the spark is gone… What a trail of destruction you might save yourself from creating if you said instead: is there something we can do here?”

Marriages, by this reasoning, could be saved.

This reminds me of the view that Keynes attributed to Russell: that ‘human affairs were carried on after a most irrational fashion, but that the remedy was quite simple and easy, since all we had to do was to carry them on rationally’. Yes, why didn’t we think of that. We just have to stop being irrational, and start being rational. It’s so simple really.

Here’s my simple explanation of what Martin says: she has books to sell.