For centuries Britain was a place of continual wars between all sorts of tribes and factions. Fighting and rebellions were commonplace. Heads were regularly displaced from bodies. You hardly need me to give examples.

It’s only in the last few hundred years that internal peace settled over the land, and that was mainly due to the British Parliament doing a reasonably good job of keeping a lid on things (for the most part).

As a result, the British people have become averse to internal strife, believing that our institutions can be eventually trusted with leadership, and that our peaceful democracy is preferable to going to war again, even if that democracy has sometimes led in directions that many people have not been happy with. 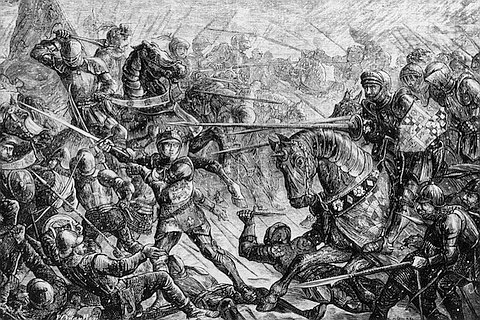 But now that Parliament and the Establishment are so clearly riding roughshod over the democratic will in regards to Brexit, that peace may be about to end. It’s not just Brexit, of course, there has been decades of festering resentment from people who’ve put up with the country moving in a direction they can’t stand, none of it with proper democratic approval. Brexit looks like being the proverbial straw, rather than a cause out of nowhere.

The Establishment has bet the house on the British people being too complacent to do anything to stop them, because that’s the way they’ve been for a long time, but as I said above, traditionally Britain has been a warlike, blood-soaked nation, endlessly quarrelling over who gets to rule. Now that democracy is being revealed as a sham, those days may be about to return. A lot of people have sensed that Brexit is the last chance we have to stop the nation becoming transformed beyond recognition, and they’re willing to fight for that. The other side, meanwhile, will do anything to stop Brexit.

We don’t know what form it will take, but that there will be some sort of civil war is now inevitable. Hopefully it will just involve the destruction of the existing political parties, and tearing the civil service a new hole. But Britain may turn into France, which – although the media won’t tell you this – is fast becoming ungovernable.