Jason Momoa, who played Aquaman, and Khal Drogo on Game of Thrones, is the actor who first started the pile-on against Chris Pratt for drinking from a plastic water bottle. Is he a good guy? Hollywood, the greens and the leftists seem to think he’s a hero because he’s a full-on environmental and climate change loon and a United Nations Advocate for Oceans. But he seems to me more like a Kingsmen-style super-villain:

“We are a disease that is infecting our planet.” — Actor, Jason Momoa at #UNGA

‘A disease that is infecting our planet’, says the shoo-in for the next Humanitarian of the Year Award.

(And note also that UNESCO, which is, according to the UN charter, is supposed to be about protecting human rights and freedom, thought this was such a worthy and uplifting comment that it had to tweet it.)

There’s something else that’s worth knowing about Jason Momoa too. He has started a canned water company, which will be competing against plastic water bottle companies, so there’s a commercial angle to this whole thing as well. (Imagine shelling out extra cash for a can of water! But then decades ago everyone said ‘Imagine shelling out money for a bottle of water’.)

Is replacing plastic water bottles with aluminium ones really such a good idea? Even fanatical green Peter Gleick — the creep who leaked those Heartland Institute documents in 2012 — thinks not:

“Whether it’s water in bottles that are especially biodegradable, or water in cans, it’s something that’s a little better than plastic but shouldn’t be done at all,” says Peter Gleick, a scientist focused on water and climate issues and co-founder of the Pacific Institute. “Canned water is a marginal improvement over bottled water.” Even if someone created a 100 percent-recyclable bottle, the impact of transporting water to a packaging plant is notable, as is the packaging.

But Momoa, who, incidentally, has a son with Lisa Bonet called Nakoa-Wolf Manakauapo Namakaeha (a name that I was going to chose for my son until my narrow-minded wife stepped in) is ramping up the emotion:

Together with you, Mananalu will rid the world of single use plastic bottle containers.

Mana is the sacred spirit of life.

Nalu is a powerful wave that pushes across the ocean.

Mananalu represents the unstoppable wave of change that is coming. The change of consciousness that won’t allow the perpetuation of plastics to litter and suffocate our oceans and damage the environment any longer.

Together with you, Mananalu will rid the world of plastic water containers and start a wave of change that demands our purest water be packaged in aluminum, one of the most recyclable materials in the world.

And again, Momoa stands and looks at things (this is actually on the front page of his cannery website): 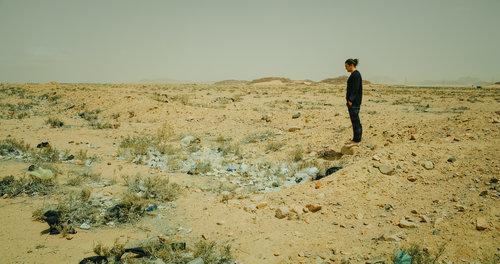 This is Chris Pratt’s back yard.

No, no, I jest. It’s worse than that. According to the Mananalu website, this is in Jordan. That’s right. Chris Pratt ships all his empty plastic bottles, at great expense, to Jordan, to be dumped in a desert. And Momoa flew all the way to Jordan just to stand and look at it like a chump. No wonder he’s pissed at Chris Pratt.

Momoa’s take-home message from a few dozen empty bottles that he flew halfway across the world to look at it is that people are evil and either we kill them or they have to start buying the most expensive water-bottling method in the world, which he happens to own.

Whereas my take-home message from this photo is that these Jordanians aren’t very good at picking up after themselves.

Momoa hasn’t really thought this through very well, has he? As the above picture illustrates, the main problem is that people dump their containers after using them (and this is mainly a problem in the third world, where the vast majority of ocean pollution comes from, not the West). Making the containers aluminium cans rather than plastic bottles doesn’t do much to solve this issue, because people dump cans as well.