The MPs’ £500,000 estimate of allowing Big Ben to bong on Brexit night is more than 30 times more than the bill for sounding Parliament’s Great Bell on New Year’s Eve, The Daily Telegraph can disclose.

The news risks undermining the House of Commons’s Commission decision not to allow Big Ben to chime at 11pm on Jan 31 on grounds of cost.

It will put further pressure on Parliament to allow the bongs to sound. By lunchtime today £220,000 had been raised by members of the public to cover the cost of the Brexit night bongs.

It would be tempting to think that the whole Big-Ben-chiming-for-Brexit-Day is of no importance. And that’s how I initially viewed it. But I’ve changed my mind. These things matter. Obviously it’s not that important in the grander scheme of things, but you need to bear in mind that the battle for Brexit is not over. The battle to get our country back has barely begun. The clerisy are always in battle-mode, and they will be treating every little thing as an opportunity to establish that they are in charge, not the rest of us.

Stopping the bongs for the most ridiculous of reasons is a classic case of an assertion of power.  It’s basically saying, ‘Don’t think you’ve won. That was just a minor battle. We still control all the territory worth having. That party you think is going to change everything is still our bitch.’

That’s why it’s worth forcing the issue.  It’s not like the end of the world if it doesn’t happen, but hearing those bells ring out will send a message back to the Leftwaffe, saying ‘Think again. The bells are your funeral toll’.

Update: But of course not everyone on the repressive left is a force to be reckoned with – take these wet lettuces for example: 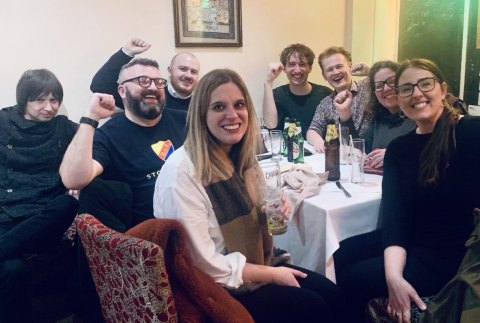