↓
Home→Crime→Caroline Flack and the CPS

Apparently Caroline Flack’s death is the fault of the CPS:

I agree that the CPS probably should have dropped the case when the man involved said he didn’t want to pursue it. But I don’t really buy the idea that the CPS should have dropped the case because because Flack was ‘vulnerable’. If you’re well enough to present TV shows and go rock climbing and have relationships then you’re well enough to face court for your (possibly) criminal behaviour.

This reminds me of the case of a student I once had, who was suffering from ‘mental health issues’ due to his mother being seriously ill. This condition prevented him from being able to submit any essays, apparently. However, he was the president of the University theatre society and was appearing in plays, and could often be seen around campus making films with a camera. He clearly lived a ‘full’ social life. When asked about this he said that it would be unreasonable to deny him that as it helped keep depression at bay. However, he was still too depressed to be expected to hand in essays. But he would, of course, be keeping his grant. ‘Depression’ was this magic word he used so he got all the good things in life, but never had to face up to his responsibilities. (It worked too, because the University caved, but that’s another story.)

‘Depression’ and ‘vulnerability’ cannot be get-out-of-jail cards for criminal behaviour. If you’re so seriously mentally ill that you need to be institutionalised then, sure, the state shouldn’t proceed with the charges. But if you’re compos mentis and able to enjoy the other fruits of life then you can’t say that you shouldn’t have to face up to what you’ve done just because it might depress  you. Who wouldn’t be depressed by having to face court? If we continue down this road then nobody will ever have to face court, because everyone can use this sort of defence.

Basically, if you can’t do the time, don’t do the crime.

The other thing to be said is that our culture is currently pushing the idea that women can be physically violent as well as men, and that this is a good thing. Mostly, it isn’t, and it has resulted in, for instance, regular cases where drunken women have smashed people in the face with beer glasses and caused horrific injuries, and been given a slap on the wrist for it. Violent women have to be treated in law like violent men.

In terms of societal disapproval, though, she got off lightly. Any man in Flack’s position would have been crucified well before he got to court, and nobody would have given a thought to his mental health.

This doesn’t mean that I don’t have any sympathy for the woman. I think it’s an awful tragedy that things have ended this way for her, and I’m very sorry for her family. Social media did play a role here, as she had been the subject of scathingly bitchy remarks for years, undermining her self-confidence. And of course in her case we see the usual disgusting hypocrisy of the left in action: 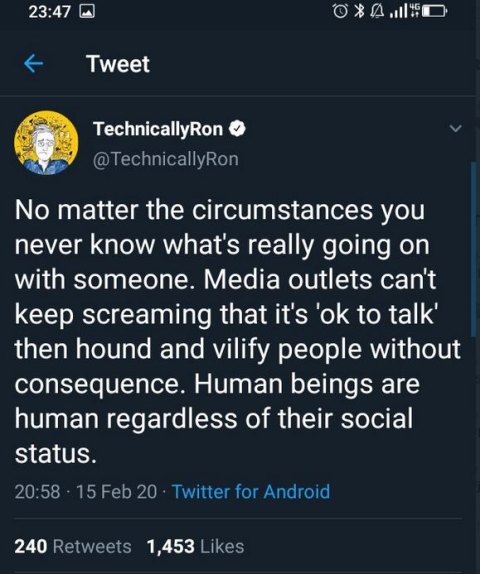 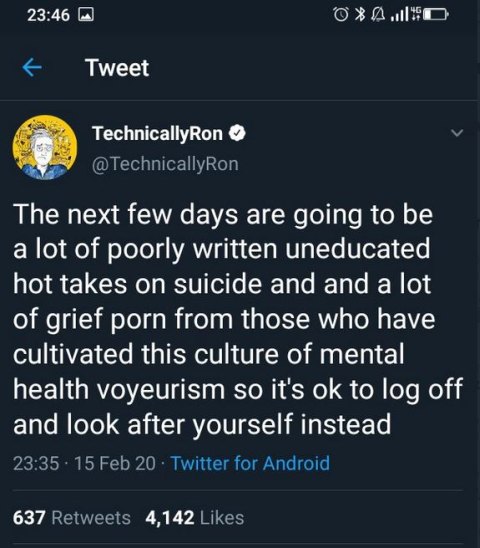 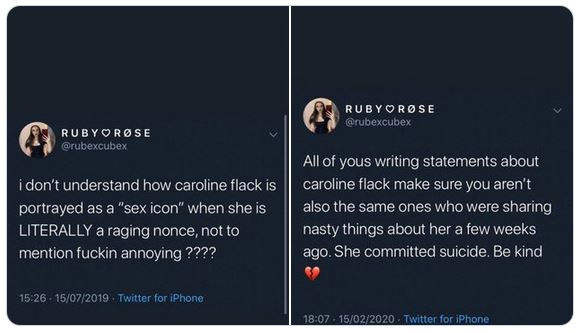