Michael Fumento wrote a great book years ago called Science Under Siege, which looked at health scares and green hysteria in a very careful and rational manner, so I take him seriously on coronavirus. He’s not so worried about it, which is good news:

China is the origin of the virus and still accounts for over 80 percent of cases and deaths. But its cases peaked and began ­declining more than a month ago, according to data presented by the Canadian epidemiologist who spearheaded the World Health Organization’s coronavirus mission to China. Fewer than 200 new cases are reported daily, down from a peak of 4,000.

Subsequent countries will follow this same pattern, in what’s called Farr’s Law. First formulated in 1840 and ignored in ­every epidemic hysteria since, the law states that epidemics tend to rise and fall in a roughly symmetrical pattern or bell-shaped curve. AIDS, SARS, Ebola — they all followed that pattern. So does seasonal flu each year.

In the UK dozens, maybe hundreds, of old people will die, which is awful (hoping none of my readers are affected), but it’s not going to bring down Western civilisation or crash the economy (unless we choose to do that).

We’re going to need to divert some money into emergency care, though.

Update: Found some relevant graphs on this page about the decline of COVID-19 in China: 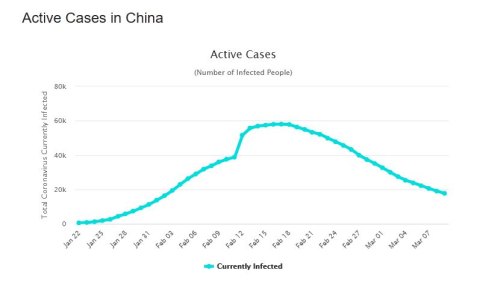 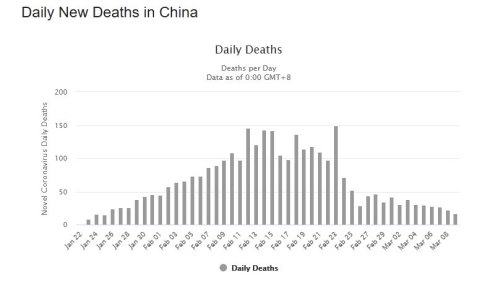 8 thoughts on “Calming down about COVID-19”