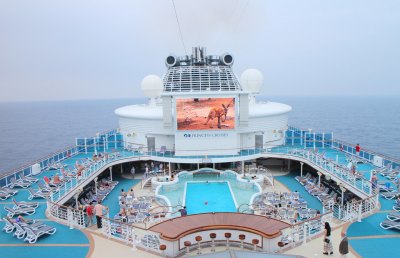 This is a guest post by John Church. John is an oil and gas professional and has spent some 30 years working for one of the biggest oil companies in the world.

A week ago, I posted a simple model for predicting mortality based on the ‘accidental experiment’ of the Diamond Princess cruise ship, but also based on some basic observations around hospital death rates for different age groups, primarily from Lombardy in Italy.

I have fine-tuned these numbers, whilst attempting to maintain the simplicity of the model, to try and also match other observations, such as the percentage of deaths being observed in various age groups from different countries and other datasets that are becoming available. Particularly, I wanted to match the actual age distribution of Covid-19 deaths coming from the weekly update of the UK Office of National Statistics, and also include the fact that some people under the age of forty were fatalities, although very small in number. The fine-tuned numbers are below and are slightly different from the original post, but as further data has become available, the death numbers have consistently continued to support the key assumptions in the model.

As a check on the reasonableness of this update, a hindcast view on the Diamond Princess data gives the result of 21% hospitalised and 11 deaths, quite close to the original observations. The model is a very simple XL sheet and can be accessed here, for anyone interested:

The model also now incorporates the varying population distributions of different countries which allows for a smarter matching of individual country observations, and has also demonstrated how very sensitive average country mortality rates are to the age distributions in those countries. For example, the UK has an average mortality of 0.6%, whereas Italy, with its slightly older population distribution has a mortality just under 0.8%. At the other end of the spectrum is India, with a very young population (average age is 28) and has an average mortality of less than 0.2%. A variation which occurs solely as a function of the age distribution. I have also included London as a ‘country’ to be able to see the difference between our younger capital city and the older UK average. The graph below shows the results for various countries as a plot of average age vs. average mortality (click to enlarge).

So what does this mean for average mortality and infection spread in the UK?

This update with slightly increased average mortality (0.6%) would lead to expectation UK deaths of 240 000 if we assume we end up with 60% of the country exposed to Covid19. It is difficult to know the exact death toll from the infections so far because a lot of deaths are still to occur from the current infections. The UK currently has about 27 000 deaths, a number which now includes care home deaths. By analysing the shape of the daily deaths curve from the UK (and other countries) it would appear that we are approximately half-way through this current wave, so this would predict approximately 55k deaths.

If that was the case, with a 0.6% average mortality, it means about 9 million infections, some 14% of the nation, in line with estimations from the previous post. If we use the London information and assume one-third of UK deaths are in the capital, it leads to a view that approximately 4 million Londoners (45%) might have been infected, using the average London mortality of 0.44%. The incoming information from both the new app recently released in the UK, and also the random antibody testing that has now begun, will shortly tell if this is a reasonable view.

Mitigation Philosophy : Control and Prevention vs. Acceptance and Achievement?

With the exception of Sweden (and possibly Brazil), the world’s mitigation philosophy so far has been one of control, prevention and even aspired eradication. But the numbers above must bring into question the wisdom of this approach. It seems to me, in line with my previous post, that it is increasingly clear that the virus remains highly infectious and widespread, and cannot be eradicated. So any lockdown just delays the problem and brings with it a host of new problems: economic, societal and medical. Whilst there is an argument for buying time to allow appropriate medical logistical response (‘protect the NHS’), once that has occurred, would it not make more sense to use the younger portion of the population to get this virus through the country as quickly as possible ? If we change our mindset on this, it will change the language from preventing infection to achieving infection.

I remain of the view that Sweden has the best approach and we need to actively monitor their efforts. So far there has been no loss of control and applying the same logic as above (the model predicts an average mortality for Sweden of 0.64%) leads to a view that they have achieved an infection rate of over 10% of their nation, reportedly with up to 30% in Stockholm. Norway by contrast (average mortality 0.53% due to
the much younger population – who knew that?), has achieved an infection spread of only 2%. New Zealand has barely started and only achieved 0.2%.

The average mortality numbers above must also seriously bring into question the responses of places like India. With a predicted mortality of 0.19% and an average age of 27 it seems bizarre that they have attempted to put their entire country (all 1.3 billion) into lockdown. The model predicts about 1.5 million deaths total in India (with an assumption of ultimately 60% infection), and we must ask what a lockdown will achieve other than delaying this.

And to put this in perspective, it is worth noting that around ten million people die in India every year, including some three million children under the age of five. How will an economic lockdown help that awful statistic ? I appreciate that it is unfashionable to ask this, but I’m going to anyway. Is it possible that we have we all over-reacted ? That really is the question.