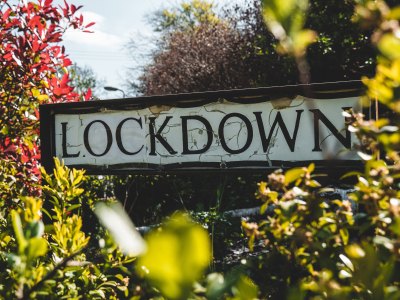 I’ve published an article at The Critic, that most excellent new UK magazine. It’s on the issue of whether the excess non-Covid deaths are undiagnosed Covid deaths, or caused by the lockdown and the associated hysteria.

Regular readers may remember I wrote a blog post a while back about this, looking at whether sex differences allowed us to decide, and I concluded that the data was not conclusive on this issue, but since then the week 16 data has come in, and this really does have a large excess of female deaths, which doesn’t support the undiagnosed Covid hypothesis.

The data isn’t conclusive, though, and there may be other explanations. But the issue of whether the lockdown/panic itself is killing people has been little discussed, and there’s been virtually no acknowledgement that the ONS figures show that there are thousands of excess non-Covid deaths, which demands an explanation.

Andrew Lilico did send me this good StatNews article, though:

The same is true for appendicitis and stroke. Clinicians say patients with these life-threatening conditions have also stopped seeking treatment in large numbers. “My worry is some of these people are dying at home because they’re too scared to go to the hospital,” Gulati said.

Others are coming in so late, she added, that some are presenting with massively damaged hearts, including heart muscles that have ruptured. “That was something I’d only seen before in textbooks, to study for exam questions,” she said. “Now we’re seeing those cases because people are putting off care.”

But the really astonishing news is something that no-one else has even noticed. Professor Neil Ferguson himself has admitted that the lockdown is probably causing deaths. In an interview for Unherd he said the following:

18:42: “Some of the excess deaths we’re seeing at the moment, all-cause excess mortality, is probably down to people not being able to access healthcare for other conditions.”

20:04: “I’m sure part of what we see when we look at these enormous spikes in excess deaths in heavily affected countries is not just undetected Coronavirus deaths, it’s people dying of other conditions which otherwise might have been treated.”

He has an excuse, of course:

21:07: “All of those effects would have been much worse had we not adopted lockdown. We would have seen enormous spikes in mortality in a sustained period of several months of not having healthcare capacity for other types of patient.”

He doesn’t mention the fact that his claim that non-Covid deaths would have been even higher without lockdown (due to overwhelmed hospitals) comes from his computer model, and is not supported by any real-world evidence. In fact, in light of Sweden health systems doing fine we can say that his claim is very unlikely to be true.

27 thoughts on “Is the lockdown killing people?”