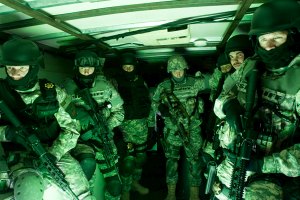 This is an article by Sam Case (not his real name), a former police officer now working in sport and health.

I’m no expert. There I said it, open and honest from the get go, how refreshing.

The concept of groupthink has foundations laid out by the psychologist Irving L. Janis, it seeks to discover the workings of the collective mind in decision making. Understanding this concept, along with bias and other common traits allow, in theory, the ability to avoid the pitfalls and maximise group dynamics with a goal of better decision making.

My experience suggests that the majority of people have no awareness of these tendencies and those that do pay them too little regard.

Before I probe, very briefly, into the SAGE minutes I want you to consider the following and see if it has any resonance to your experience, albeit in a different area of life.

I spent much of my policing service with a gun in my hand, responding to tasking of a very dangerous and often dubious nature. Chaotic and unpredictable events that move fast, change direction like shoaled fish with a nasty habit of going boobs up.

The more time we had to ponder the problem the better we felt about the outcome, planning and decisions made by the team over coffee seemed better than those made in haste. You review the intelligence, study the target, maps and surveillance photos, working up a solution. All systems go, the down-sides skipped over, our sense of invincibility grows, the ‘rationality’ of our plan is unquestionable and the final Op order produced. Dissenting voices long since silenced. Strong personalities prevail. Groupthink rules.

The team gets briefed, vehicles loaded, weapons and comms checked, ready and off, hyped, committed and up for anything.

On the ‘plot’ waiting for the strike command. Heart pounding. Doubts creep in (no one admits this), the ‘what if ..’ questions. Remember what happened on the last job like this? Will my trusty MP5 have a stoppage at the final moment. What if the intelligence is wrong? The intelligence is always wrong! When did a plan last go to plan? Never… once…no never?

STRIKE, STRIKE, STRIKE booms the earpiece, we disembark running to our planned entry point. Then it happens, slowly but inevitably the plan gets destroyed by the reality. First the dog, a big bloody dog with sharp teeth, where was the intel on the dog! Team one are having a hard time trying to break the front door down. So now the only two in the building are me and the new guy. Pants will need a change after this. Outnumbered, but like lions (or mice) we press on. The house extension was not on the plan either, thirty seconds in and we are literally lost, in a house! We battle through screaming children (should have been at school, another inset day), pots and pans lobbed by a swearing, hysterical woman dressed in a bikini. Yes a bikini. This is true and not a post modern truth that only happened in my head…

Enough, you get the idea so I’ll stop there. Planning is a good idea, I’m not suggesting otherwise, but it’s a starting point, not an end, or even a means to an end. Adapt or fail. When planning, it is difficult to cover every scenario, a situation made worse by the reluctance to speak openly and critically of past performance for fear of the strong personalities. Another reason I think, is that most of the time we get away with it. Little damage, job over the line, in policing terms evidence gathered and conviction secured. The good stuff gets remembered the bad stuff brushed away. We don’t like to admit we where wrong or ill prepared. Human nature maybe. Not an excuse, just a fact.

So onto those SAGE minutes. Others are doing a grand job of trawling through and exposing what was offered in terms of advice and what was missing. Do we really suppose those minutes contain the totality of information required or given to make any sound judgements? Of course not. If you have ever been to a minuted meeting ( if not, accept my judgment that your life is the better for it) do the minutes really reflect what was said? The nuance, the ‘offline’ cabals and sub-groups that stitch everything up in advance without a sniff of contemporaneous note  taking? Much business is done on the golf course apparently and much advi ce is given off the official record.

If you want to be on the team, rocking the proverbial ‘boat’ is rarely welcome. This is how groupthink spreads, through back room or in this case ZOOM allegiances, support and deals. Research funding here, another panel appointment there. Snuffing out those who ask difficult questions, the very mavericks Mr Cummings claims he wants. Failing to consider what is common and already known, refusing to accept you can be seriously wrong, even when your esteemed colleagues, from all over the globe, are offering a different perspective. Empowering teams to challenge the norm and question the leader(s) is a very difficult circus to manage but worth the effort.

The SAGE minutes, to me, illustrate a group (including the wider government team) in denial about their own past performance, some more than others perhaps. It talks of needing to know more about a whole load of pretty important stuff like nosocomial infection rates and the colossal impact of public restrictions. Even by mid-April the blindingly obvious care home vulnerability fails to get a serious mention. It suggests a staggering disregard for collateral damage with the precautionary principle applied only to the virus and not the lockdown, classic groupthink.

This was not an immediate action plan. They had time to do better, yet claim they didn’t. It was novel they say, so they went for the untested ‘nuclear’ option, for a skirmish, intense and bloody maybe but a skirmish none the less. No serious consideration of the fallout that could ‘poison’ for decades.

If this was the state of the intel before one of my operations, I would call a pause, check other sources and read my own WHAT ABOUT GROUPTHINK check card (yes I have one), because the least worst answer is often staring you in the face. Team one only needed to try the handle, the door was never locked!