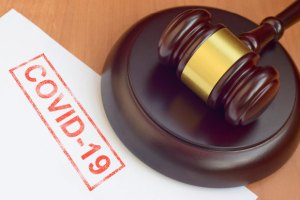 This is an article by Stephen Jackson, principal at Jackson Osborne Employment Lawyers. Stephen is a solicitor with more than 20 years’ experience acting for employers and employees.

I happened to speak to two small business owners last weekend, hoping to reopen soon and call their staff back from furlough. Both were surprised but grateful to learn about the following as it would save each of them thousands of pounds. Thousands of business owners will be in the same boat.

A rest from not working

As all employers know, emanating from European Union health and safety legislation, all workers accrue rights to paid holiday to be taken as a rest from work. The UK holiday entitlement is 20 days plus bank holidays for full time workers, or 5.6 ‘weeks’ for everyone based on their normal working week. (Some firms have enhanced policies beyond this.)

This holiday accrual is a little at odds with operation of the Coronavirus Job Retention Scheme, the key feature of which is that furloughed employees must agree not to work for their employer. Is a rest needed from not working?

This is why, perhaps, in May the government finally clarified its guidance to say that employees can be required to take their accrued leave while still on furlough. Seemingly, however, many employers have not appreciated this clarification.

They probably need to, for these reasons.

In cash terms, if holidays are used up during furlough, the 80% payments claimed over a two-week period amount to between £570 and £1,300 for each full-time employee after taking account of pension and national insurance contributions. The employer only has to top up to normal wages. The savings to be made quickly become significant and, even with just a few employees, soon gives potential to save another job.

If those two weeks are not used during furlough, when the worker comes back to work they do so with their holiday stored up. The business will have to pay for it when taken and do so at 100% of wages with no furlough subsidy. There may also be further disruption of the stored-up holiday having to be taken at dates later than usual. These are not insignificant concerns.

Worse than that, if the worker doesn’t return but is made redundant when furlough ends, the employee will be entitled to pay in lieu of that holiday, again at 100% of wages and without furlough subsidy.

Worse still, if the business does not survive, employers without a limited liability company to protect them will find themselves personally liable to make those payments.  That really will hurt.

Fortunately, when a limited liability company becomes insolvent, the taxpayer, not the directors or shareholders, will fork out via the Redundancy Payments Service paid for via the national insurance fund. Phew!  So, speaking of cost to the taxpayer….

Cash cost to the taxpayer

On 4th May, a spokesman for the Chancellor of the Exchequer, Rishi Sunak, said “Since the launch, 800,000 employers have used the Job Retention Scheme to furlough 6.3 million jobs. That’s to a total value of £8 billion.” That averages out at approximately £1 billion per week.

Since every week that passes accrues paid holiday at 10.8% of normal wages (5.6 weeks holiday entitlement per year divided by 52 is 0.108), each week of furlough also attracts holiday pay costing about £108 million. Over 21 weeks furlough from March to end of July, that was potentially £2.6 billion missing in action, that received little or no comment.

More recently, however, on 4th June the Office for Budget Responsibility (OBR) estimated the scheme will eventually cost the Treasury a gross sum of £60 billion. Assuming scheme administration costs to be insignificant, the furlough scheme will have attracted holidays at a cost of £6.46 billion.

£6.46 billion is a mere trifle within the total burden on the taxpayer, but it is still a vast sum. Is it our civic duty as employers and employees to ensure that holidays are taken while on furlough wherever possible? The more money and jobs we can collectively protect, the better.

Clearly there are exceptions. The single parent looking after two children in a tower block apartment with no garden has not had a holiday and may be in much need of one.

Any business owner with 15 or more employees who wants to know how much they can save in relation to holidays, what redundancy liabilities they might be facing and how quickly they need to take action can check here. There is no fee. It is offered for free as a helpful tool at a time when we all hope we may be doing what is right.

Hector says: This isn’t a paid post or anything like that, Stephen sent it to me and I thought the information in it will be useful for a lot of struggling firms.

3 thoughts on “Stephen Jackson: £6.46 billion calling on your civic duty”