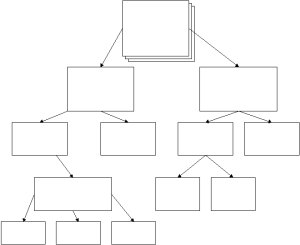 This is an article by Dave Hampson. Dave Hampson is currently attempting to make it in the 70s rock music scene. Check out his music on Spotify or get a free track download here.

The COVID lockdown, upon first inspection, appeared to stem from the government listening to the advice of a single academic. This academic had a long history of pessimistic epidemiological predictions. And yet his advice was to lead to the unprecedented, and unnecessary confinement of swathes of the British public in their own homes. He was ultimately responsible – at least that appeared to be the case until more recent revelations came to light (although he was perfectly happy to take the credit) – for convincing the government to suspend the liberty of its citizens for an undetermined amount of time, based solely upon his flawed computer model and the figures which he himself had input. It might be appropriate to ask ourselves, what would be a suitable punishment for this man’s crime?

But is he in fact responsible for the crime? The government did not have to act upon the recommendation of a known serial alarmist. So, is the government culpable? Will it be found to have acted immorally by suspending our liberty? The decision to enact a lockdown rests ultimately with the cabinet, regardless of what it is being advised. So, will the government be punished? Of course not. And not because its actions have, rather alarmingly, been met with great approval by a surprising majority of the populace, who clearly don’t appreciate what a delicate and precious thing their freedom is. It is simply that all concerned have followed the correct process.

People often ponder how the atrocities of the Holocaust were carried out by supposedly ordinary people. They like to believe that they would have been Oskar Schindler and not the camp guard. They clearly do not understand the process that leads to tyranny. Carl Jung believed that an individual’s shadow reached all the way down to hell. And certainly, personal darkness is required in every individual that participates in such things. But it isn’t enough. Tyranny requires a catalyst to react with and an agent to bind to. Terror comes into being through process. The process itself is the tyranny.

Process is a set of rules which people blindly adhere to. Rules which can be ratcheted constantly in the required direction of travel, until society is completely changed and no one noticed. The Overton Window is shifted without us perceiving the new direction of travel. A minor change in the process can enact large shifts of output without our perception being challenged. So mundane and ordinary is process, that those involved follow blindly as unconscious adherents to the flowchart. And what is the tool used to ensure process is followed? The law.

The United Kingdom does not have a formal written constitution. Our laws have been formed through precedent, set by judge and jury, and they have evolved constantly alongside our society. External forces, such as The European Union, have been attempting to undermine this system of common law for some time. The statutory framework from which law is now increasingly written is the opposite of the free flowing, circumstance-driven Common Law. Its creators try to foresee every possible outcome and legislate against it in advance. This means it is only as good as the foresight of those who draft it. This should not fill one with hope.

From out of the law comes regulation. The codified doctrine that says what we all can and can’t do within the eyes of the law. If we want to achieve an outcome, we must ensure the process maps its way through the regulation to avoid falling foul of the law. As long as the process is followed correctly, you are within the law, whatever the outcome may be. And herein lies the inherent incentive to follow the process. If a company has ten employees die in work related accidents in a year, it need not fear legal action if it can demonstrate in court that the correct process was followed. But the company where one employee died whilst not following the correct procedure? They can expect damning retribution in the law courts. A company can get into trouble even if no accidents have occurred simply for having failed a routine inspection, thus having the ‘wrong’ culture. So, the process must be followed. But the mandated process is very often complicated and time consuming, as it needs cover every conceivable outcome that the law maker could foresee. It is a full-time job just to understand the entire process. Enter the advisors and experts.

It is nigh on impossible for the layman to keep up with all the new regulation and legislation that is constantly drafted into law. This creates a need for people who specialise in following the process and advising others how best to navigate it. These hi-vis wearing, clipboard carriers have studied the doctrine on an endless array of taxpayer funded courses, run by education companies with their trotters firmly stuck in the government trough, and are now ‘experts’ on a certain regulation. Ever wonder why productivity is so low? We have an army of people who are producing nothing except processes to comply with regulation. These processes add to the complexity of a job, increasing the time and equipment it takes to complete each task and thus reducing efficiency and raising costs. These costs are inevitably borne by the consumer.

But where are these programmers of the ‘experts’ learning their trade? In the halls of academia of course. Universities and training schemes are churning out these cookie cutter individuals who are experts by rote of the fact that they know the law. They know little of their chosen industry and have little vested in its success, as their skills are transferable between jobs. They care nothing for creativity and imagination. This is a superfluous attribute for them. They care only that the process has been followed. These people are all interchangeable. They require no particular intelligence except the ability to look things up in a manual. As almost anyone can follow a regulation, they are individually expendable, but collectively obligatory. This expendability makes them tenacious in their adherence to the orthodoxy.

State actors are fully aware that formal exposure to academia will almost certainly produce people who think the ‘correct way’. It also allows the government to emphasise the skilled nature of the jobs they are ‘creating’. A true manifestation of the ‘Excellence for All’ ethos created under the Tony Blair-era Labour Government. The reality is they have created nothing more than humanoid processors of regulation. Almost anyone who is capable of reading and has a high boredom threshold can attain one of these qualifications.

Those on the left side of the political divide look at the outsized profits accumulated by leviathan corporations and see free market capitalism as the obvious culprit. They are wrong. The blame clearly lies with process. We see it with the process of monetary policy, where unimaginable sums of money have been created from thin air and pumped into the economy. And then economists appear baffled when all the extra money flows to companies whose sole purpose is to generate profits. Of course they will hoover up all the extra cash. In a truly free market, new companies would enter the market to alleviate the larger companies of some of those excess profits. Certainly, that would make sense up to the point where the share of profit no longer outstrips the return on capital from a standard investment vehicle. So, why is this not happening?

Well, the process tends to be based around what is already established. The process grows with established firms. The private sector is now entangled within the arms of the process leviathan. There is almost a strange symbiosis between company and state and if one looks honestly at the industry of today, the free market barely exists at all. The beast of process ensures young upstarts and usurpers can never gain a foothold in what was once the fertile ground of the free market. There simply is not the capital available, nor the inclination, to compete with a company that is already so well established within the regulatory framework. Why seed capital to a fledging when you can use your newly printed money to buy a share of the existing profit? It’s not as if a new company could innovate. Innovation is invariably a dangerous and unregulated pipedream.

There were many reasons for Brexit. My own vote was cast to end this clerical tyranny. I fear that my reasoning was a minority opinion. The power has accumulated at the top of the hierarchy. The government is the gatekeeper to the upper echelons and only the anointed shall be granted access. The process of anointment involves passage through the doors of academia, the greasing of the correct palms and the chanting of the correct platitudes. For the heretics amongst us, it is hard to see how our ascent up the hierarchy will ever occur.

The recent lockdown has shown how easily a process can be implemented which ends our way of life for good, with the public as willing participants. If the intention of the process is to save life, it must be good. Damn the consequences. Damn common sense. Damn individual thought. We did as we were told, to save lives against an external threat. We were given a process to follow. And so, we all did. And now we will pay.

10 thoughts on “Dave Hampson: The Tyranny of Process”