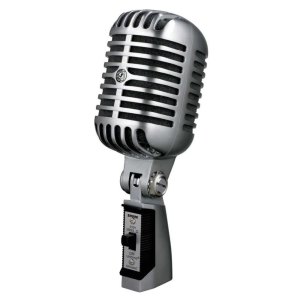 This is an article by David Moore. David has recently returned to Northern Ireland after 20 years in the Middle East, where he was involved in multiple startups and lectured in Innovation and Entrepreneurship.

It’s not difficult – if not altogether pleasant – to imagine James O’Brien’s routine just before he goes to bed at night. You can see him, blue-striped pyjamas, top tucked into the bottoms, clambering into bed, his LBC headphones still on, asking: ‘Now, James, what would you like to say?’ In response, he will read – aloud, naturally – a few pages from his best-selling pamphlet. And, sated by his own wisdom, he’ll lay his head on his pillow, checking before he closes his eyes that a small notebook and pencil are on his bedside locker. Because James knows that his best tweets are composed at night. He knows pearls of wisdom will come to him in the darkness and that they must be scribbled down, no matter what the hour, before they are forgotten. In the morning, he’ll piece his notes together, draft and redraft and then throughout the day, release his ‘impromptu’ tweets to his legion of adoring fans.

Now, don’t laugh, but I have recently discovered that it’s not only his fans who should be digesting O’Brien’s tweets. Every one of us should be taking the time to read them. Because within those carefully crafted 240 characters, lies wisdom, within every tweet, a pathway to truth. Allow me to explain.

In evangelical churches in America, it’s not uncommon for Sunday School children to be given colourful bracelets inscribed with the letters ‘WWJD’. When faced with a situation where they are unsure of the right thing to do, the children are encouraged to look at the bracelet, ask ‘What would Jesus do?’ and act accordingly. It’s rather a quaint way of reminding children of what is right and what is wrong.

O’Brien’s Twitter feed is my WWJD bracelet. If ever I’m unsure what side of an argument to take, I ask a similar question: ‘What would James do?’ But unlike the American Sunday School children encouraged to ask the question and do exactly what they believe Jesus would have done, I ask the question about James and take precisely the opposite stance. And I’ve discovered that as a strategy, it’s absolutely failsafe.

But while it is fun to laugh at James O’Brien and his unerring ability to be wrong, there’s a much more serious side to the lies that he peddles. We are told repeatedly how divided we are as a country. But this is a division that is stoked and encouraged by the likes of O’Brien himself. A self-appointed voice of liberal progressives, he, just like his chums A. C. Grayling, Alistair Campbell, Jessica Simor, Ian Dunt and Jolyon Maugham, won’t accept opposing views. If you disagree with him, not only are you wrong, you’re morally bankrupt to boot.

Take this weekend for example. The protests right across the UK, ostensibly about the murder of an unarmed black man in America, surprised no one when they turned ugly. London witnessed a complete breakdown in law and order with 27 police officers injured, despite an incredible claim from the BBC that the protests had been ‘largely peaceful’. The protests continued on Sunday with attacks on war memorials, Union flags and Churchill statues – events largely unreported by our mainstream media.

Events down in Bristol, however, were given almost wall-to-wall coverage. Because there, we had the ‘good’ kind of agitation. A statue of former slave owner Edward Colston was torn down, rolled through the streets and dumped in the city’s harbour, to cheers from the assembled mob. But while many cheered, there were just as many across the country, including the Home Secretary, Priti Patel, who were left uncomfortable at the way the police in Bristol had capitulated. It was a discomfort that O’Brien took little time to exploit:

A tweet wrong and objectionable on so many levels. There’s not a man, woman or child in the UK who looks back on slavery with anything other than disgust. How you feel about ‘that statue’ says absolutely nothing about how you feel about slavery.

While there may be arguments for the removal of a statue erected in the memory of a renowned slaver, the erasing of history, no matter how distasteful we find that history to be, is a dangerous and slippery path. We mocked the Taliban, revelling as they did in removing historical artefacts with which they disagreed. The truth is very few heroes of British history share the values we cherish today. Most of them will have done things uncontroversial at the time, but disagreeable to us now. But we examine history not lazily to shame its participants, but rather to learn from it. To be cautious about the removal of a statue is to be cautious about the expunging of history and says nothing at all about how we feel about slavery.

And even if we do agree that the statue should come down, allowing a rabid and feral mob to make this decision is to admit we no longer live in a country where law and order matter. This is not how such decisions should be made. On Sunday, many questioned the ‘how’, if not the ‘why’ of the statue coming down. Indeed, a YouGov survey today showed that 53% of Britons support its removal, but only 13% approve of the way it was done. This suggests a preference for democracy over mob rule and says nothing at all about how we feel about slavery.

For anyone following O’Brien’s feed over the last 12 weeks, his interventions at the weekend will have come as no surprise. Since the outbreak of the virus, his LBC phone-in and his twitter feed have been awash with anti-government bile. You could be forgiven for thinking that in a time of national crisis, old enmities might be set aside, that ‘the common good’ might trump time-honoured rivalries. But not O’Brien. Not only has he refused to do this, but he has actively and openly wished for our government to fail. And if you wish for your government to fail on Covid-19, it necessarily requires that more people must lose their lives.

Brexit is, of course, how he made his name. In the four years following the vote, O’Brien dedicated every waking hour to ensuring that the wounds from a fractious campaign be opened further still. The country had voted and the time for debate was over. The time had come, no matter how you voted, to work together to make sure that Brexit was a success. But again, not for O’Brien. He was in Barnier’s camp, not Britain’s. He backed Juncker, not Johnson. He wanted the EU to hold the upper hand so that his prediction of a broken economy could come to pass. He wants Brexit to fail. And if Brexit is to fail, it necessarily requires people to lose their livelihood. But that they might, remains of less importance to O’Brien than being able to remind us all that he’d told us so.

And just as he suggested that if you didn’t agree with a statue being torn down you somehow supported slavery, his mantra over the four years was that if you voted Brexit, you were not only stupid, but racist. That you didn’t like ‘brown’ people or Polish people. And yet he knows that the UK has consistently been shown as one of the least racist countries in Europe. It’s demonstrable, as O’Brien himself might say.

The truth is, O’Brien is part of the problem. If you want to understand something of the current divisions in our country, studying his perennially miserable Twitter account is a perfect place to start. He preaches inclusion, but only ever moves to exclude. He preaches tolerance, but brands those who disagree with him fascists and Nazis. He preaches progressiveness, but his rhetoric sets the country back years. He preaches love, but only ever offers hate. In short, he encapsulates everything that is wrong with the modern-day ‘progressive’ left.

Anyone who has any interest in playing a part in building a more united, hopeful, successful Britain should always remember to ask themselves: ‘What would James do?’ And then, without hesitation, do precisely the opposite.

9 thoughts on “David Moore: What Would James Do?”