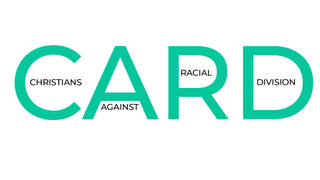 This is an article by Chris Larkin.

We believe that every human being is equal in the eyes of God, and that no preference can be made therefore on the grounds of race. There is no racially-based variation on the teachings of Christ. Racial prejudice still exists in society, but opinion polling clearly indicates that race is less and less equated with nationality in the UK, and that this kind of prejudice, though still prevalent, is in steady decline.

We are concerned that the recent tendency among religious and civil authorities as well as media and entertainment figures to engage in cost-free racial gesture politics without checking, or even being equipped to comprehend, the small print of movements such as Black Lives Matter, whose beliefs and aims will, if implemented, lead to more rather than less racial division, and threaten to reverse positive long term trends.

We maintain as self-evident truth that British and American history cannot be collapsed into each other, and that the USA has a different kind of police force with its own practices. Fewer than twenty people died in police custody in the UK in 2019, mostly from drug overdoses, and one of three men to be shot dead was black. In the USA by contrast, over one thousand people died in police shootings.

We categorically reject the idea that our contemporaries, based on racial criteria, should be held accountable for the political and moral ways of earlier generations, a proposition that is not only definitively racist, but contravenes basic principles of moral agency, is inimical to the central Christian message of forgiveness, and contradicts the most elementary observation of history that human beings live by the standards of the age in which they live, as well as being ahistorical; the abolition of slavery was inspired and instigated by evangelical Christians; it had occurred to no-one else. We reject therefore the contemporary race-based concept of ‘white privilege’.

We explicitly reject critical race theory and the hangover of cultural Marxism animated by its founder’s avowed hatred of heritage neatly evoked in his comment that “the tradition of all dead generations weighs like a nightmare on the brains of the living,” noting evidence that the undemocratic imposition of Marxist policies condemned millions to death, poverty and all manner of personal, civil and spiritual misery in the twentieth century.

We are concerned that the remedy of positive discrimination has the marginal effect of assisting socially well-resourced members of ethnic minorities, while evading the wider question of whether a system of meritocracy is a sufficient basis for healthy social relationships. The character of the meritocratic society is more sharply appreciated by those at the bottom of it than it is by its beneficiaries, who may lack emotional connection with the contemporary experience of the poor, even when they come form poor backgrounds themselves, and even as they make large financial contribution to the welfare budget. The decline of all kinds of social institutions, family structures and churches means that the gap between winners and losers is not filled; a gap in which division can be fomented. Losers in a meritocracy are vulnerable to resentments of which the winners are oblivious, and often find it galling rather than instructive when winners ice the cake of their better fortunes with cheaply won social virtue.

Racism will not be solved by more racism. Universities are forfeiting the intellectual authority they should enjoy, addicted to a perverse and self-referential recycling of discredited Marxist ideas and post-modern individualistic fallacies, hostile to alternative perspectives and hiding behind a barrier of incomprehensibility, while secular institutions have followed by being intellectually vague, weak and frightened by the issue, in their turn hiding behind the cardboard scenery of gesture politics. Corporations run scared of cultural commissars, while commissars find themselves subject to vicious and cowardly attacks on social media by dissenters rendered impotent by the weakness of institutional protection.

We defend the right of all ethnic groups not to blame social ills they experience to racism. We uphold as a universal truth, not one determined by race or culture, and backed by the observations of social science as well as the teachings of Christ, that kinship and personal family relationships, especially marriage, bind individuals to moral order and give them the best chance to flourish in life, regardless of ethnicity. The promotion of marriage and civil institutions is the best way of improving social harmony in every area. To make exceptions to this is racist.

Some young black men in particular are betrayed by the generosity of haut bourgeois moral indulgence. Those that become victims and perpetrators of crime, due in large part to the failure of family relationships, find themselves reinforcing negative cultural stereotypes in a downward cycle of economic and social deprivation, which leaves them without even the police protection they deserve. Protesting white racism, even when justified, cannot fix the issue.

Culture, character and religious belief trump race in the eyes of ordinary people everywhere. Despite recent unrest, social harmony has been improving overall by any measure. Divisive and irresponsible thinking must be clearly countered if this is to continue.

Christians think they are on the side of racial justice but in reality we have awoken to find ourselves sidelined in this cause by movements that are largely inimical to our beliefs, even as they owe their origins to them. We need to plough a clear furrow and hold to the foundational Christian belief expressed by St Paul; “There is no longer Jew or Greek, there is no longer slave or free, there is no longer male and female; for all of you are one in Christ Jesus.” Christian compassion cannot be monopolised or constrained. Empowered by the Holy Spirit, we will no longer be creatures of fear, evasion, accusation, denunciation and division.