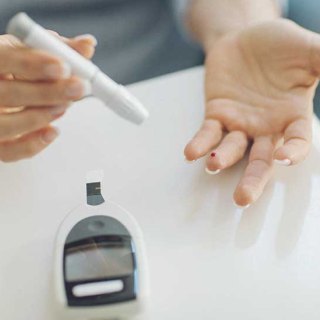 This is an article by Charlie Spedding, whose blog can be found here. Charlie is a former pharmacist. He was also a champion long-distance runner in his younger days. He was the winner of the 1984 London Marathon, and he is an Olympic bronze medallist.

The Covid-19 epidemic has run the typical course of viral infections with a rapid rise in cases to a peak, which lasts a few weeks, and is followed by a steady, but slower, decline back to normal. It is, however, a nasty virus for those who succumb to it. There are two important questions: who succumbs to Covid-19 and why do they succumb while others do not? It is clear from all the data that this coronavirus is a far bigger threat to elderly people. Children and young adults are hardly affected.

Why does the virus affect some people so badly? We all have two levels of immunity: acquired and innate. We acquire specific immunity when we create antibodies in response to a viral, or bacterial, infection. Innate immunity is our natural ability to fend off a pathogen without ill effects. 70 to 80% of people in the UK, who have tested positive for Covid-19, have experienced either very mild symptoms or no symptoms at all, thanks to their innate immunity. As we get older, our immune system becomes less efficient and we are more likely to develop metabolic disorders. Sadly, the great majority of deaths have occurred in elderly people and those with diabetes, obesity and heart and lung disease.

We knew, from Italy, of the extreme danger to both the elderly and the unwell but did nothing about protecting those people specifically. Instead, the Government imposed a severe lockdown on everybody, which collapsed the economy, closed schools and made millions of people terrified of each other.

Certain businesses are being allowed to reopen but with strict rules attached. This process has been given the sinister, Orwellian title of ‘the new normal’. Apparently, we will be allowed to return to ‘normal’ if we stay two meters apart (or ‘one metre plus’) and wear face masks. There is nothing ‘normal’ about this. It will destroy the hospitality industry, theatres and sporting events. It will cause a huge spike in mental illness and stress. It will be of profound detriment to children’s education. The virus has run its course and is almost gone. If there are 65 million people in the UK, there will currently be 64.99 million people who do not have this virus and, therefore, cannot pass it on to anyone else.

However, having said that, I strongly believe we should have a ‘new normal’ once this is finally over. This new normal will have nothing to do with masks and distancing but will protects us all from this and any future epidemic. The new normal should be a concerted effort to improve everybody’s metabolic health. This would not only improve our immunity but would also vastly reduce all the problems we faced before Covid-19: obesity, cancer, type 2 diabetes, heart disease and dementia.

Sadly, I do not believe this initiative will ever come from the Government while it is guided in ‘science’ by Chris Whitty and Sir Patrick Vallance. As a former Community Pharmacist, with a far greater interest in health than medication, I am appalled by the contribution of the Government’s most senior scientific advisers. Evidence from around the world has shown that people with high levels of Vitamin D are protected from the worst effects of Covid-19. Why has this never been mentioned by them? If they do not know about it, they are incompetent. If they know about it, but have not mentioned it, they are negligent.

We desperately need a new normal in the UK. We have appalling rates of obesity, diabetes, heart disease, cancer and mental health issues, which put the NHS under great strain. None of these will be helped by social distancing and face masks. All of them will benefit enormously from a healthy diet of real, unprocessed food. There is compelling evidence that the high-carbohydrate, low-fat diet which has been recommended by the National Dietary Guidelines for forty years has caused the constant rise in obesity and diabetes. Individual doctors, who have ignored official dietary dogma, have reversed type-2 diabetes in some of their patients with a low-carbohydrate, high-fat diet.

The Chief Scientific Adviser should be up to date with this. Instead, he remains silent, nothing changes, and 6,000 type-2 diabetics have a foot amputated every year when a change in diet could prevent it. The government has taken drastic measures to reduce the spread of a virus. When will it take simple measures to prevent the far greater burden of obesity, diabetes and cancer?