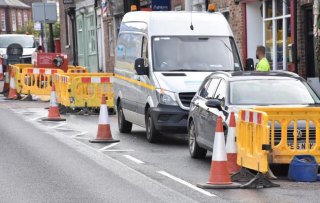 I thought that once school term ended then I’d have more time to run the blog, being freed from the unpaid school teaching that I’d been forced to do, but instead I had to deal with the large number of jobs of various sorts that had piled up over the months while I had been obsessing about Covid and lockdown. Oh, and I went to London for the anti-mask demo and had my phone stolen, and I’m still sorting that out.*

And now I’m spending my time getting ready for camping, and it’s crazy how much work that requires. (Unknown novelists can’t afford fancy holidays and have to deal with crap like waterproofing tents). Plus running the son around to cricket matches as his two clubs try to fit as many matches as they can into this short season. (No cricket for me this season, I’m in no shape for it anyway).

Finally there’s overall exhaustion with everything, which hasn’t been helped by being glued to a desk for six months straight.

So there’s not much happening here for the moment, but hopefully things will be back to normal in a couple of weeks when I get back from camping, assuming my back isn’t knackered by that. (If I haven’t responded to your email, sorry, I will.)

*Two things: Mobile phone companies are still a bit rubbish, even after all these years, and if a foreign-speaking gentleman with a map or clipboard tries to engage you in any way in the streets of London, he is, sad to say, probably a crook. (If you have a gypsy rose-seller come around your table, be very careful, she is most likely a scout for a Romanian gang. It’s probably illegal to say this now, but it’s true.)

Update: Does anyone get a relaxing summer holiday period any more? Every year for me it’s just a time for catching up on all the household jobs and DIY that’s piled up. Plus when I was an academic it was by far the best time of year to get research done (the days of academics, serious ones anyway, having easy summers are long gone). It’s a very long time since those youthful days where you could get some serious August relaxation, spending days on end watching cricket and drinking beer.