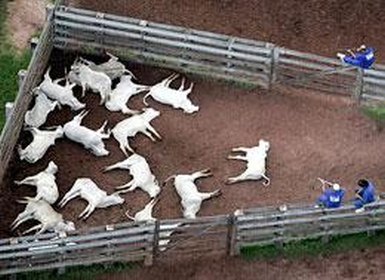 This is an open letter to Sir David King by John Church. King was the notorious Chief Scientific Officer of the UK during the foot and mouth days, and he was also a heavy pusher of global warming. Currently he is the head of self-proclaimed ‘Independent SAGE’. John sent this to me last month, but due to overwork and then holidays I didn’t get a chance to publish it until now. Seeing, however, that King and Independent SAGE have continued on with their foolish and heavily political approach – eg. King warned a couple of days ago that schools must not open up again without a fully-functioning track-and-trace system – it’s still apposite.

I was exceptionally disheartened to see the intervention you made this weekend regarding your (and your group of ‘external experts’) view on the UK’s increasing freedoms and economic activity. Apart from the curmudgeonly tone expressing your concern about normal people trying to do normal things again, any logic and reasoning behind your views seems to be singularly absent. I hardly know where to start.

But I will start. With your basic mathematics. Based on the clips I have seen of your TV appearances this week-end, you stated your concern that the approach of the Government of maintaining a rate of around 3000 new infections a day will result in 27,000 excess deaths between now and next April. Now maybe I have this wrong and please correct me if I do. But 3000 new infections a day for 9 months would be about 810,000 additional infections by next April. Is that correct? I am fundamentally perplexed as to how you jump to 27,000 excess deaths from this figure. Primary school-level maths (which incidentally fewer and fewer primary school students will be able to do because people like you don’t want them to go to school) leads to a fatality rate just under 3.4%! Apart from the suspicious similarity to the original fatality rate being promulgated by the WHO at the start of the year when we were seeing the Wuhan problem, why do you think the fatality rate is that high? There are many different views of the fatality rate but without exception none now talk about anything above 1%. The US CDC quotes 0.26% for the US, and my own analyses have consistently placed the UK demographic at around 0.5%, based on various data sets around the world. Assuming 0.5% mortality, the excess deaths of the government strategy would be about 4000.

But there are multiple other reasons why even this many deaths might be an overestimate. Here are just two. Firstly, we know that medical treatments are fast evolving, as per the example of the UK’s own study discovering the efficacy of the steroid Dexamethasone. And secondly, we are all behaving in very different ways. The evidence (from this country and the US as well) is that it is primarily younger people that are maintaining infection levels. Not the elderly, who are taking their precautions much more seriously. Unlike before, when we incompetently killed tens of thousands of care home folks by deliberately spreading Covid in those places. Where were your warnings then Sir David, back in March and early April? Where were you then? Why didn’t you see that coming? Perhaps we will have learnt not to do that now and take more care with those in our population that need additional protection.

But most depressing is your complete blindness to the cost of further lockdown. Can you not see what is happening in this country? To the education levels of our children? To the rapidly increasing ranks of the unemployed? To the Treasury’s tax receipts which we need to pay for the NHS? To the mental health of all those vulnerable people for whom lockdown has been a literal nightmare? What is your proposal to them, Sir David? What are you going to do about the very real needs of millions and millions of us?

And finally, what is completely missing is any description of an exit strategy from your ‘proposal’. Your statement calling for a Zero Covid UK is quite simply utter nonsense. Haven’t you looked at the difficulty that countries like Australia or South Korea now have in that aspiration? Open your eyes. It’s impossible without locking up the whole world for so long we would all starve to death. So when we have been locked up for another nine months or another year, or even two or three, what then ? When nobody in our country can actually remember what normal life used to be like, what then? What then, Sir David?

Please can I ask you to refrain from putting this utter nonsense out into our media. We both know that the media only loves bad news, so I doubt very much if anyone challenged your failed elementary mathematics. And I’m sure you revel in your contrarian role and the maximum publicity it engenders, but you do a huge disservice to your fellow countrymen. Please desist.

12 thoughts on “John Church: A Letter to Sir David King”