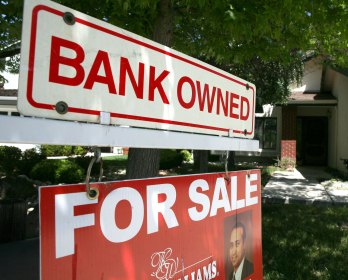 This is an article by Paul Fullerton.

Our inexperienced politicians, like many bankers of the noughties, do not have the ability to manage risk

An odd comparison perhaps, but I am not referring to the commonly-held cliché of a banker as a rich, greedy gambler in the financial markets. I mean our own domestic bankers – those who lent recklessly to British zombie companies and any old property deal, and, when all went wrong in the financial crisis, didn’t know what to do so retreated, squeezed credit policy and slowed the recovery.

I speak with a little knowledge, having retired from the Credit function of a large bank, and having spent the last years of that career cleaning up lending mistakes.

Banking is simple. It is risk management. That requires judgement, something not valued and therefore lost in the run up to 2008, and it is that quality of which I see an all too familiar absence now in our politicians.

If one lends, one will lose money; lending sensibly results in acceptable losses in proportion to the profits of the bank. Too lax a credit appetite will result, eventually, in unsustainable losses; too tight an appetite will restrict the bank’s ability to lend in the market, make a profit and operate as a normal business. The competent banker is able to exercise judgement on the facts of a proposition as to the balanced and acceptable level of risk to take for his enterprise to exist in the business world. Governments need to do the same with their policies which affect people’s lives.

In banking, those who didn’t have that judgement were generally either, well, ‘thick’, and couldn’t see risk at all; or relied on others to tell them (and accepted that without thought or challenge); or, panicked by unexpected losses, were so fearful of any risk that they hid behind excuses and conditions to avoid lending altogether.

In the current Covid crisis, our government has managed to move from each of these categories to the next with remarkable speed.

I, and I suspect most of us, would forgive them for their initial incompetence in not seeing what was coming given the misinformation from China, but they moved swiftly to the ‘what do the experts say?’ stage. Like a business plan produced by a company’s accountant, a bunch of Imperial forecasts saying what the presenters wanted to sell were taken as gospel. An incompetent banker would do the same.

The banker with judgement, however, would go straight to the Assumptions page (generally hidden at the back) and pull those apart, and sensitise those assumptions to more realistic evidence and experience-based numbers, and then take a real-world judgement on what is likely to happen, and the wider impact of the decision, before making that decision.

It would also be of little surprise for me to say that very few business forecasts survive prolonged contact with the real world, so early divergence would be quickly reviewed to understand why, to see if the risks had been misunderstood, or had changed, and whether a different approach was necessary. In other words, in that sort of scenario one should take a step back from the numbers, and try understand what is really going on.

That would all be good risk management, and the exercise of sound judgement, but just like those of our bankers who were not competent, our government chose not to challenge the ‘experts’, nor to consider the cost of the wider impact of their decisions, and then they decided to double-down and ignore the reality going on around them. Nothing to see here, ‘we’re following the science’, move along now…

Then they moved into the stage of panic, a sense of fear that their psychologist advisers encouraged them to push, and one which, once let loose with such earnestness, continues to grip them and the nation: a narrow, blinkered, bunker obsession resulting in a dog’s dinner of lockdown and ever-changing rules and regulations so technocratic, so complex, so illogical, so contradictory – I hear that ice rinks featured in a major announcement last week –  that Dilyn the dog might be concocting them by scampering around a Ouija board.

But, like banking and many business activities normal people manage everyday, living with risk is normal life, it is part of the human condition. It always has been, and it always will be.

So why have our politicians been unable to cope with managing the Covid risk realistically, unable to show judgement? After all, we all already know that Covid simply was not what was forecast – the risks were vastly exaggerated, and the actual progress of the disease was of a scale which we have barely noticed in the past. We never previously felt the need to impose the societal or financial damage of the last few months, let alone continue to overreact in the face of reality, for previous epidemics of a similar scale.

Could it be that they, on the whole, have never done anything apart from politics, so have little experience of real-life risk? Are they trapped in a Westminster bubble? Or could it be that they have no conviction, no innate need to ‘do the right thing’, unpopular or otherwise, and are just obsessed with today’s optics, and the need to be liked? In many ways, those optics are of their own creation – their terrorising and infantilisation of a large part of the population has been remarkably effective.

Whichever it is, they are just as incompetent as  – and have done far more damage than – those bankers of the noughties who, like them,  just did not ‘get’ risk management.

14 thoughts on “Paul Fullerton: Our inexperienced politicians, like many bankers of the noughties, do not have the ability to manage risk”