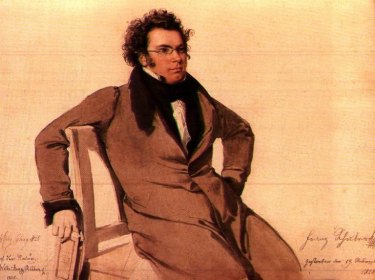 This is an article by Frances Wilson. Frances is a pianist, music PR, writer and blogger on classical music and pianism as The Cross-Eyed Pianist. Website: www.crossyedpianist.com. Twitter: @crosseyedpiano

Schubert…..makes tears catch at the edge of my eyes; such fragile hope, such powerful emotions.

I was reminded of Ian McMillan’s quote while listening to the final lunchtime lockdown concert from London’s Wigmore Hall, a devastatingly beautiful, austerely unsentimental yet profoundly poignant rendering of Schubert’s late great song cycle Winterreise, performed by tenor Mark Padmore with pianist Mitsuko Uchida. Music so fitting for these strange days, with its narrative of loss, longing and separation.

Schubert is the composer for our corona times. Listening in isolation to performers playing to an empty hall, this account of isolation, its chill frequently tinged with the tenderest poignancy, seemed particularly appropriate. We are at home, but we are separate, living in our ‘bubbles’, unable to hug our family and friends, yet finding a sense of closeness and solace through music.

That same sense of isolation is evident in the Andantino from Schubert’s penultimate piano sonata, D959, or the bare ‘horn call’ first subject of the F minor Fantasie, D940, the fearful tread of the second movement of the Trio, D929, or the haunting opening measures of the unfinished sonata D 571. There are numerous other examples, of course….

In both the Andantino of D959 and the D929, it is those unexpected modulations into the major key, when the sun comes out to warm one’s skin and the chill of winter momentarily recedes, that make this music so magical, so breathtakingly extraordinary in its harmonic and emotional volte-faces. And then, only a few bars later, the melancholy and the sorrow flood back…. Often even more tragic in the major key, it is as if Schubert recognises the darkness visible, acknowledges and accepts it.

No one does chiaroscuro quite like Schubert: he mixes light and dark more subtly than any other composer and colours his musical palette with an elusive hue of mystery. Light and dark, levity and depth all reside in close proximity in Schubert’s music, perhaps even more so than in Mozart’s (and Mozart too is a master of light and shade).

I’ve loved Schubert’s music, and, more specifically, his later piano music since I was a child. I grew up listening to my parents’ recordings on LP of the ‘Trout’ Quintet, the Unfinished and ‘Great’ Symphonies, the string quartets, and Der Hirt auf dem Felsen (The Shepherd on the Rock), which my father would play on the clarinet – and for which, when I became a more competent pianist, I would accompany him. When I was about 12, my mother gave me an Edition Peters score of the Moments Musicaux and both sets of Impromptus – works which portray in perfect microcosm the breadth and variety of Schubert’s artistic vision and his emotional landscape. I stumbled my way through these works, mostly too advanced for me at the time, though there were large fragments of each which I could actually play. I took the A-flat Impromptu to my then teacher and instead of ticking me off for trying to learn music which was far in advance of my capabilities, she helped me find my way through the score. At this time, in the late 1970s, Schubert was regarded as the poor relation to Beethoven, his melodies sweet as sachertorte, his structures incoherent, and his emotions too introverted. Then I had little knowledge about Franz Schubert beyond the notes on the page, but there was definitely something that drew me into his unique soundworld….

Much as I love Beethoven, his gruffness, honesty and uncompromising spirit, as I’ve grown older I turn more and more to Schubert’s introspection, his tenderness and his intimacy. He speaks more softly, more personally than Beethoven for me. His unmatched gift for melody enables him to spin the agony of desire, melancholy and sorrow, and the joy of living  – and a whole gamut of emotions in between. He has a remarkable ability to switch rapidly between terror and lyricism, from the darkly tragic and melancholic to glowing transcendence or joyous other-worldliness, all rendered in music of incredible, almost revolutionary inventiveness. Often this is achieved through the most miraculous modulations, an unexpected sonic shift and, for me, as a synaesthete who sees the musical keys in colour, a completely new luminosity.

His other great skill is in managing rests and pauses. Silences abound, freighted with poetic imagination and who knows what, suspending time and offering pause for reflection, while also clarifying the structural expansiveness of the music, his ‘heavenly length’. In addition, Schubert’s use of dynamics is often ‘psychological’ rather than purely physical, suggesting an intensity of feeling rather than volume of sound. As pianists, we shouldn’t play Schubert as if you would Beethoven (though some do!). Even in his grandest gestures, for example the fff passages in the first movement of the Sonata in G, D894, there’s a restraint. His generous use of pianissimo in particular creates an ethereality in his music, as if floating between different states of mind.

In those moments, his music makes you feel as if you are the last person in the universe…

Notefrom Hector: Please donate or subscribe to keep this website going (see right-hand sidebar). If I get enough donations, it can continue indefinitely. If it doesn’t, it won’t survive.