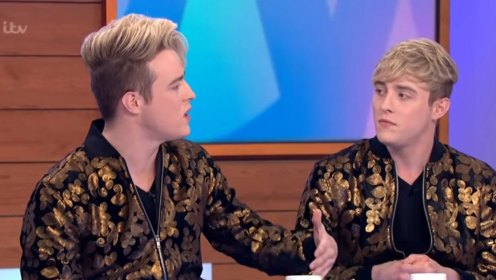 For a bit of Friday night fun, let us take a look at John and Edward Grimes, who are back in the news for calling out various celebrities for being ‘Covidiots’. (I was almost going to say ‘fellow celebrities’, until I remembered it’s not 2010 any more.)

Now, I am not for one minute suggesting that the noble Jedwards are motivated by anything so base as publicity, but I do notice that their last album (released June 2019) was a total and utter disaster sales-wise.

I mean this is a real shame, as this album was “the first to be completely written and produced by the Dublin duo“.

After I tweeted this a few days ago, someone who claimed to be on the ‘LA branch of Team Jedward’ tweeted at me claiming that the album did chart, but that fact just doesn’t appear on Wikipedia. So I did a bit more digging. Turns out it did chart. Kind of. For instance, here is the UK iTunes chart entry for it. It entered the chart at no. 44, stayed there for two days, and then exited the chart.

And the report below about their former tour manager is a terrible shame for them, financially speaking.

But I’m sure they’re financially secure, seeing as they were valued at £6 million. Although that was in 2013. And they’ve sold nothing since. I expect they’re frugal boys, though, they’ll have made it last.

And the millions would have rolled in from their appearance on Celebrity Coach Trip, so they’ve no need at all to be drumming up publicity in an effort to stay relevant.

And the following snippet would be completely sad if it wasn’t for the fact that they will be guaranteed a fortune every time they release anything from 2016 onwards, so phew!

It’s a pity that the Irish papers report such courtroom scuttlebutt (the last paragraph is particularly choice).

Another bloodsucking leech sucks more money out of our plucky duo in Nov 2017. Good thing they have plenty of money to spare and totally aren’t now desperate for publicity.

I think we can all agree that the Jedwards, in losing so much money over the years, have clearly shown that they value their art and living the best life they possibly can over material rewards, so their integrity is unimpeachable. We should therefore take their opinions on Covid seriously.

5 thoughts on “Prof and Prof Jedward”