I’ve noticed an increase in the misleading use of log graphs. This is a graph where the numbers on the vertical y-axis follow a logarithmic rather than a linear scale. To cut a long story short, the numbers on this axis go up far more rapidly than they do on a normal graph. This is useful in some scenarios, but some people who should know better have started using log graphs where they can be downright deceptive. And some people who don’t know better have fallen for it. 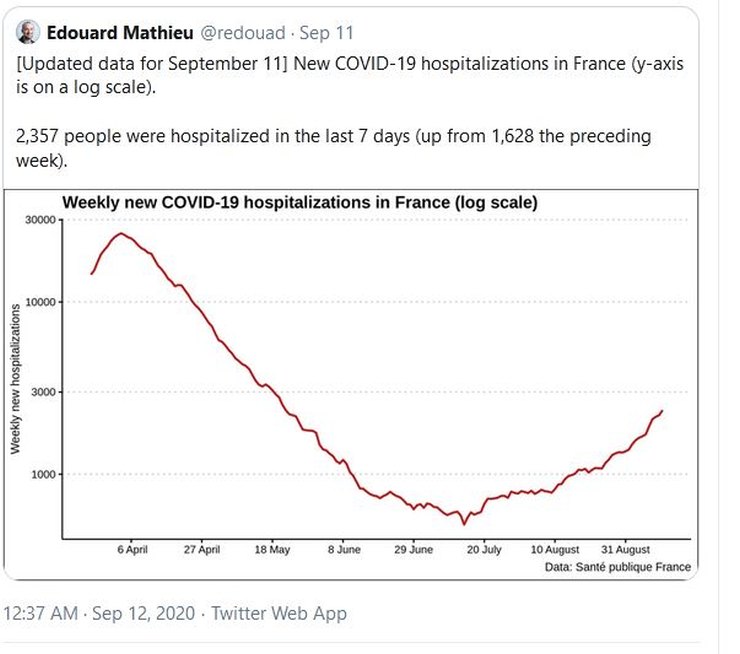 This is a type of log graph, where the four equal-sized divisions on the y-axis represent different amounts of new hospitalisations. The first division goes up to 1000, then the next one to 3000, then to 10,000, then to 30,000. Anyone who doesn’t understand this may glance at the graph, and, assuming it is a normal linear graph, think, “OMG, we’re back up to nearly half what we were in April” (because the red line is almost halfway up the page).

The man behind the graph is Edouard Mathieu, who is a data manager at Our World In Data, so he knows what he is doing with numbers and graphs.

Piers Morgan, you may not be surprised to know, fell for this 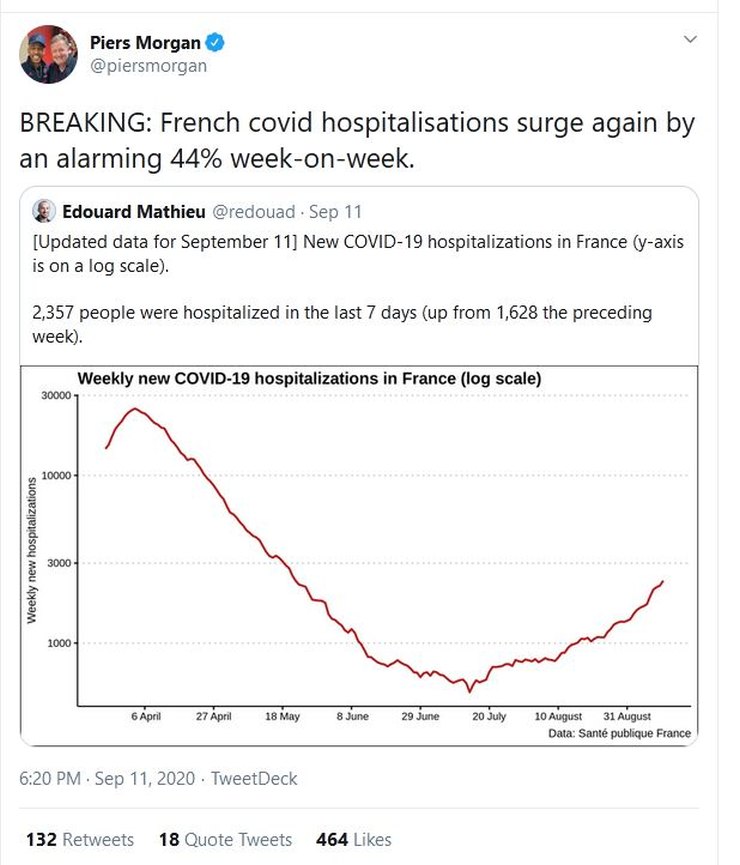 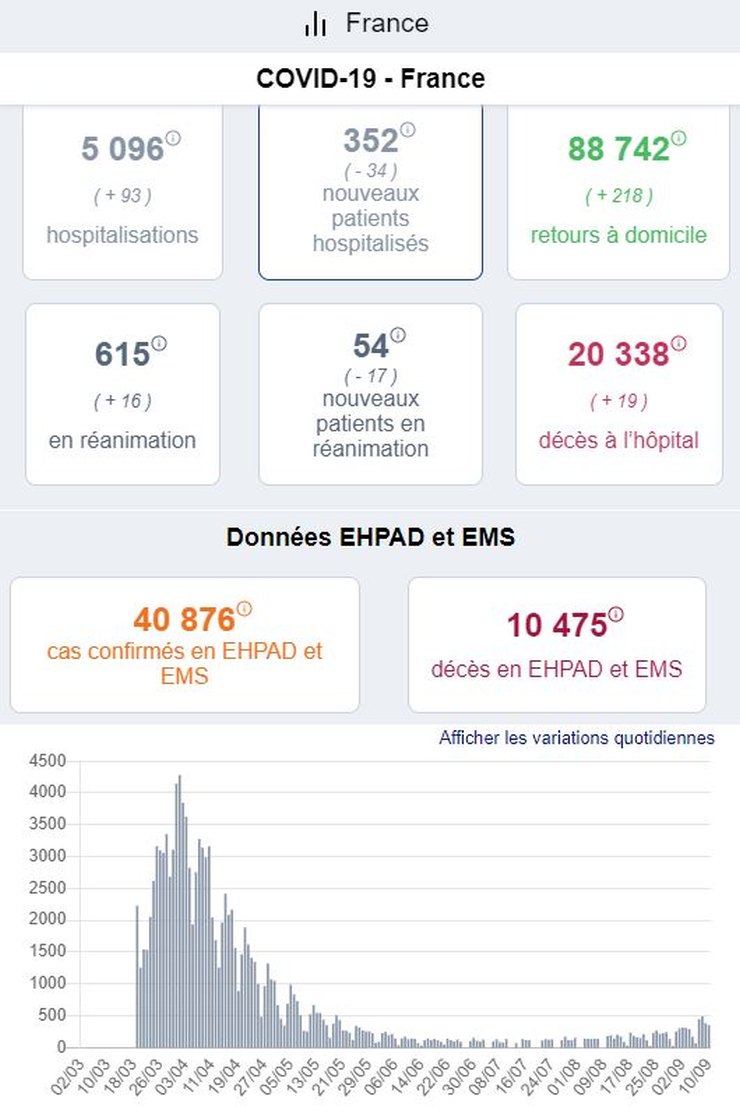 Certainly not as scary, is it?

(In fact even Mathieu’s graph isn’t scary when you consider that France was able to cope with the ‘first wave’, and the death numbers were nothing out-of-the-ordinary for a nasty flu-like virus.)

A couple of other things to note: because Mathieu’s graph presents the numbers as weekly, whereas the French government presents them as daily, he conveniently covered up the fact that the last couple of days in the numbers saw the hospitalisations going down rather than continuing to go up.

Secondly, Morgan shouts about an ‘alarming’ 44% ‘surge’ in numbers. But when the numbers are low it doesn’t take very many extra new patients to give you a 44% increase.

(As it happens the numbers did go up a bit more recently, but it’s still hardly the horrific disaster the media keeps telling us we’re seeing in France.)