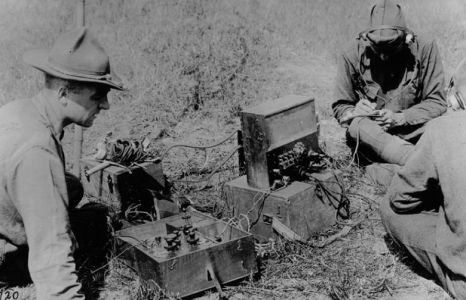 I’m not sure how long I can keep this blogging and Tweeting going for, I’m spending all my time on Covid and politics and there’s only so long that you can spend all day every day until 4 in the morning and neglecting everything else in your life when you’re not being paid for it. Thanks for a few recent donations which have come in, but I have the old catch-22 of not having a big enough audience to sustain this financially, so it’s going to end eventually, but I’m going to try to keep going for a while longer.

Here’s the other thing. Social media. For me, it’s Twitter. It sucks up so much time. I know a lot of readers here hate social media, and I don’t blame them. I’m not even going to go into its many bad points here, just the time-wasting bit. Well, not exactly wasting, because I come across a lot of good material via it. It’s not all bad, and it does provide an alternative voice to the media. But it’s a black hole for time, and I have become increasingly unproductive in producing my own articles in recent months and it’s mainly because of time spent on Twitter. (I also keep getting behind on putting up good submissions that come in.)

Recently things have come to a head, because Twitter has clearly started ‘throttling’ me once I started tweeting about the US election. My retweets and likes have dropped off a cliff. So I’ve been forced to bite the bullet and made a decision that I’ve been thinking about for months, and that is to drastically cut down on Twitter, and concentrate on writing articles/blog posts.

The thing about Twitter isn’t that you get obsessed with your likes and retweets. It isn’t the supposed “dopamine hits” you get from that. It isn’t for me anyway, I don’t even pay much attention to that (it’s usually my wife who tells me that one of my tweets has had a lot of retweets). For me it’s the “I’ll just look at one more account” issue. You look at that account, and not only does that take time, but that takes you into looking at numerous other things, and a few articles, and then 45 minutes has gone by, and then you think “I’ll just look at one more account” again, and the whole thing starts over again. You do this because you’re thinking, “What if there’s some recent update I need to know about?” You get an obsession with the latest news, and needing to know about it, and you’re anxious in case you’ve missed out on it.

This is a weird frame of mind for me to be in, because for most of my life I was the opposite. I was a philosopher who was completely uninterested in current affairs and day-to-day things. So how did I end up this way? I think it’s because I (and many others like me) have ended up on a war footing. This happened gradually, but really ramped up once Brexit happened, and has been in place ever since. Life become a constant battle against the left (I include Theresa May and Boris Johnson in that loose categorisation).

In other words, we really are in a kind of war, a cultural and political war. It’s not a war that I ever wanted to be in, and I greatly resent it taking over my life, but when the enemy attacks you have to do your part. So I think that’s why so many of us have become news junkies. It’s because when you’re in a war getting hold of the latest information becomes extremely important, and you fear missing out on it. That’s what we’re doing now. We’re after the latest dispatches from the various front lines.

Then again, it’s not a physical war, and my life isn’t immediately threatened by not having the latest news, so I need to get out of that mindset. I can do more good by writing a considered blog post than by trying to read the whole of Twitter in one day and produce fifty Tweets. And that mindset is also contributing to my feeling of burnout (which I had in the 2000s when I stopped my original blog, so I know how that can end).

So I’m going to try to reduce Twitter to keep this blog going, for a while anyway (at least to publish submissions, if nothing else). But I don’t know how successful it’s going to be. There’s only so long I can stand reading and writing about the same things over and over. And I need to start doing some more physical exercise again, I can feel my body turning to crap as I sit at a desk all day and night. I need to start writing fiction and music again. I need to spend more time with my family. I need to do various DIY jobs around the house before it falls apart. I need to lie down in a darkened room and rest for a few weeks. Also, I need to earn some money doing something real at some stage. So the blog may falter anyway. But at least now others have picked up the anti-lockdown baton.

(If I can’t keep it up then of course I’ll understand if subscribers on Patreon or SubscribeStar cancel their subscriptions.)

18 thoughts on “Burnout, and the social media time sink”