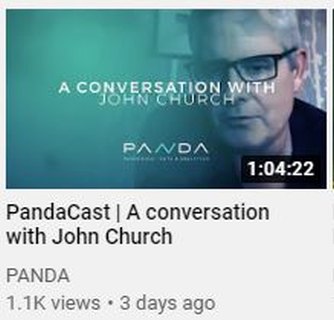 John Church, who published a lot here in 2020, has done a video interview with PANDA (aka PanData). He’s very good. If you don’t know about PANDA then they are a fantastic international anti-lockdown group with some top people on their advisory board – Gupta,  Bhattacharya, Kulldorff, Townsend, Yeadon, Levitt, and Scott Atlas as well – and it’s a credit to John that they chose him to be interviewed.

The Guff Stream is on again tonight at 8pm GMT. I said last week’s was going to be a boozy knockabout chat, but it ended up being more serious than I expected, for the first hour at least. Tonight our guest is Alison, who started the Lockdown Sceptics Facebook group. Her Parler bio says “Counter cultural, Lockdown rejector. Anti Commie. Pro guns, red wine, martinis and red blooded men. Preferably armed. Prone to awful fits of giggles that ruin my image. I don’t know what image that is”. If she sounds your your sort of gal then tune in: https://www.youtube.com/HectorDrummondVideos

Also, the Guff Stream is going bi. As in bi-weekly. Not every two weeks, no, it’s better than that. Twice a week. Guest night will be Wednesday at 8pm GMT, but Simon and I will be doing another (non-guest) show on Fridays at 1pm GMT.