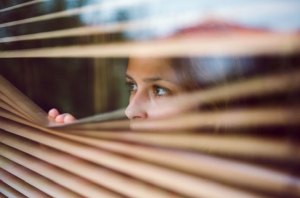 This is an article by Dan C, whose Twitter page is @SirDanofC.

For over a century now, every generation has grown slightly more fearful of life, with innate levels of courage having been salami-sliced from birth as a result of the efforts of the nanny state. Until recently, I had wearily considered this an unfortunate side-effect of modern life with all its comforts and lack of jeopardy; nevertheless, perhaps the arrival of a gregarious, optimistic Prime Minister, together with our unshackling from the European Union and its endless regulation, would at least slow this process down. Of course, the pre-WW1 halcyon days of the cavalier spirit were gone for good, but we might be able to gravitate towards a middle ground. The optimist in me, like everyone else, had not seen Coronavirus coming.

Yesterday I posted something on Facebook that I had heard on a podcast. It went like this:

“If you are aged 15 or under, your chances of dying from Coronaviris are 5.3 million to one. You’re statistically more likely to die from putting your trousers on.”

Now it’s possible that the precise numbers were out and that I had misremembered 15 instead of 14, or 5.3 million instead of 5.1 million, but I didn’t bother to check as the underlying point remained. The purpose of my post was to bring back a degree of semblance to those who seemed to have suffered complete meltdowns over this situation and especially when it came to the subject of sending ones children back to school. Naturally, I received an influx of responses almost immediately and several were from one person in particular who I had anticipated would bite at this statement.

“5 to 10 people die every year putting their socks on. The socks didn’t then go on to infect or kill their vulnerable family members though. Same with trousers,” he wrote.

Well okay (although one might argue that the dodgy family genes that lead to such a catastrophic loss of hand-eye co-ordination will do more damage in the long run). It got better though:

“So as there are roughly 10.5 million children under 15 in the UK, 2 kids will die using those statistics. Only 2. Collateral damage?”

This is the sort of glib response (akin to “so you WANT people to die then?) that has essentially hijacked all conversation and debate since the start of the Coronavirus outbreak. I didn’t respond, partly because I didn’t have the energy for an argument with a friend (at least Twitter rows tend to be anonymous) and quite frankly, what does one say to this? That we shouldn’t send out children back to school ever again in case one child happens to pass away from any illness or disease? That we should continue in lockdown until we cure death itself?

My concern is that this bizarre way of thinking is commonplace right now for many parents. Locked inside their houses for weeks on end, soaking up an endless stream of Netflix programs, mawkish Instagram feeds and daily Government briefings, convinced that Black Death Mk II has landed outside their front door, paid by the state to stop working and lapping up every rainbow-based hashtag that emerges from ‘our NHS’, all sense of balance and perspective has vanished. With such an unprecedented paradigm shift, this new state of heightened safety has led many to consider their view on illness and risk for the very first time in their lives and unfortunately the concept of critical thinking has been found lacking. Real life, which has been slowly eroded for many decades, has suddenly been switched off completely overnight and the worst of it is that most people don’t seem to care.

The scary part of all of this is that if the adults in the room have suddenly lost their desire to engage in the outside world, to have meaningful human interaction, to take risks (don’t get me started on the definition of ‘risk’) and to live their lives in the fullest possible way then what chance do children stand? After all, you can’t miss what you’ve never had.

Historians will look back in bewilderment at this period, noting that it took no more than a month during the spring of 2020 for fearlessness to completely evaporate in society. In its place is a comfortable sense of fear.