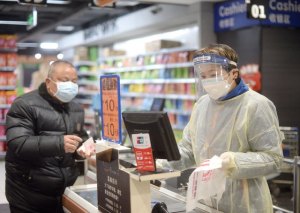 I have had enough. After nearly 3 months of this, I am going to call it for what it is: TOTAL AND UTTER NONSENSE. I cannot watch any news programme anymore, given the 24/7 monochromal pseudo-emotion that is all we ever see. After twenty minutes of tear-jerking stories about how this or that elderly relative has passed away, there is an afterthought mention of the fact that mass unemployment looms. I’m not doubting that it’s emotional for the relatives, but it isn’t and it shouldn’t be for the other 67 million of us, many of whom have lost or will soon lose their jobs.

And then it’s announced that we all have to wear masks in public and will be criminals if we pop out for a newspaper whilst serving our mandatory fourteen-day post-travel quarantine. And like muppets we just swallow it, whilst reading the papers full of pictures of mass, non-socially distant BLM protests. What the hell is that about? Either we are facing a health crisis so severe we have had to be imprisoned for three months (an unprecedented response to a disease by the way), or it’s okay to mill around in London with tens of thousands of others. It can’t be both. And it isn’t.

There is an unholy axis of blind incompetence between our dysfunctional government, the child-like so called ‘expert scientists’, and the hysterical bedwetters who still have the gall to call themselves news reporters. It’s like a three-way intellectual masturbation contest over arcane and unintelligible concepts like the R factor, with nobody actually able to point at the naked emperor and say the bleeding obvious: that the two-metre rule is absurdly useless and will destroy this country. We have all become hostages in some kind of dystopian version of Stockholm syndrome, very ironic given this seems to be one of the few places that has managed to keep its marbles. [HD: Alistair Haimes now owns the copyright to this joke.] We are utterly terrified of something utterly vanilla, at least compared to heart disease and cancer. I am calling it: this disease is not dangerous.

We cannot open schools because we are panic stricken, yet out of the two-hundred all-cause deaths of primary school-aged children so far this year, only two have died of (or with) Covid-19. Only two! Why is this not on the front page? Yes, it can kill the elderly, but let’s face it – what doesn’t? 180,000 of us over the age of 80 have died this year so far, but only 27,000 out of that unexceptional number are because of (or with) Covid-19. And almost all of them (95%) had serious health issues. For the vast majority of us, all those in healthy middle age or all those in the prime of youth, we have more chance of dying tripping up on the stairs. This disease quite simply is not dangerous.

And yet we hear the triple axis pontificating about how we ‘must avoid the catastrophic second wave’. I am calling it – this is total BS! Why the hell should we be worried about a second wave? Please. They haven’t even managed to find one of those nitwit scientists and roll out an expert ‘catastrophic second wave model’. Has anyone ever seen one? They are telling us to be scared of this, while totally ignoring the basic facts:

1. We never even had a catastrophic first wave. The special hospitals are unused and the NHS never reached critical care capacity.

2. 40,000 deaths is still only half of the estimates of the UK death toll from the 1968-69 Hong Kong flu epidemic, which nobody even remembers. And we have far more elderly people nowadays.

3. Having killed thousands of people in care homes by the murderous incompetence of deliberately seeding them with Covid-19, maybe we will have learnt NOT TO DO THAT.

4. We are all behaving differently in terms of handwashing and social greetings. And masks. Good luck to any aspiring viruses.

5. Many people in this country, especially in high-density urban centres have already had it, so provide a buffer to future infection spreads.

6. We now know for sure: children do not fall ill, and are unlikely to spread it. It is ridiculous that they are not back in school.

7. There is nowhere in the world that shows infections continuing to rise exponentially after 20% of a population is infected, even in dense urban centres. The smart money on this is that there are many of us that are naturally resistant. But regardless of the reason, is it any surprise they can’t find anybody to test potential vaccines on in Britain? And yet all our pubs and restaurants are going to go bust. Because you can’t run a pub if everyone needs four square meters!

8. Our vitamin D levels are all higher, especially given the sunshine we have had. We won’t have low vitamin D for another six months. And please don’t say we need to be imprisoned until then, just in case.

9. Sweden didn’t even have a lockdown, and they have only three-quarters of the per capita deaths we have had. Duh!

What the hell is Boris talking about when he says we have to prevent a catastrophic second wave? It is a total fantasy. We have more chance of seeing The Second Coming. You don’t need to be an effing ‘expert’ to see this is total and utter garbage. It is bullshit.

Boris. FFS, stand up and be the man we voted for. SET YOUR PEOPLE FREE.