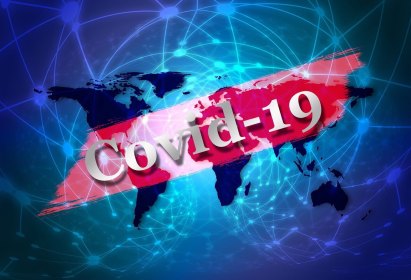 This is an article by Daniel Curtis.

The following chart was built with data from a csv file downloaded from Our World in Data (downloaded on 11 Aug 2020 at 08:49). The vertical axis (logged, for clarity) shows the daily test positive rate for the UK, where ‘test positive rate’ is defined as the percentage of new_tests showing new_cases, as derived from their respective columns in the csv file (i.e. 100 x new_cases/new_tests). The horizontal axis shows the date. 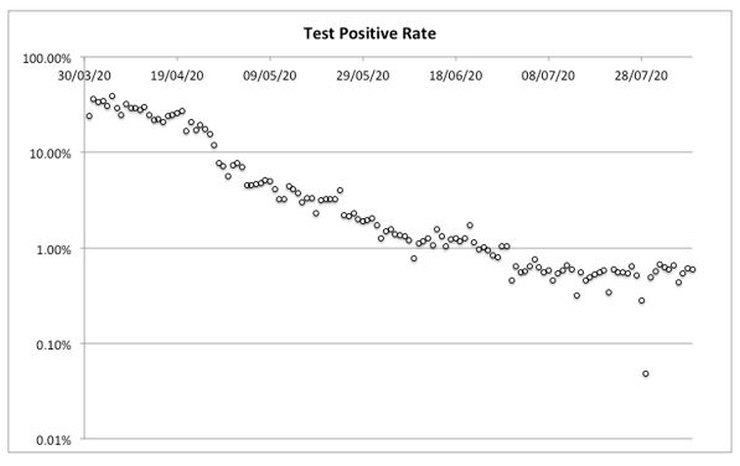 On this basis, the data suggest the prevalence of Covid in the UK reached a minimum on 30 June and has remained constant since.