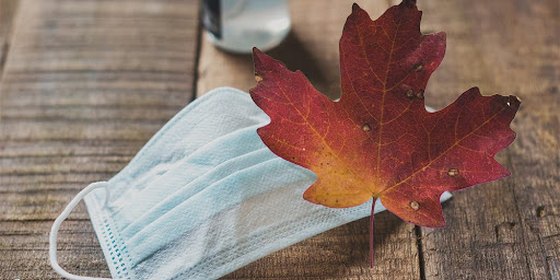 Andrew Mahon is a writer based in London, who has written for the Spectator, the Daily Wire, Human Life Review, New English Review, Brexit Central, Catholic Journal, Conservative Woman and others.

Can we pause the hysteria for a moment? Because the truth is being obscured by a few simple misunderstandings. The most glaring of these is that most people seem unaware of the difference between coronavirus, SARS-CoV-2 and CoViD-19. These terms are used almost interchangeably by citizens, politicians and journalists alike.

Coronavirus refers to a family of viruses, which includes the common cold. Corona is taken from the Latin for “crown”, alluding to the crown-like spikes on the surface of the virions. SARS-CoV-2 is the name of this particular coronavirus — Severe Acute Respiratory Syndrome-CoronaVirus-2. This is what spreads and infects people. CoViD-19 is the name of the disease that can be caused by SARS-CoV-2 — CoronaVirus Disease-2019. In order to have the disease, one must be symptomatic and normally ill enough to require hospitalization.

Now that that is cleared up, it’s worth pointing out that this virus cannot kill on its own, but kills usually by causing direct complications with underlying health conditions, most commonly obesity, hypertension, diabetes and dementia. CoViD-19 can be the chief cause of death, one of several causes of death, or a mere bystander to another cause of death. This distinction — dying of vs dying with — isn’t really being made. CoViD-19 is carelessly put on far more death certificates than it ought to be and the numbers of deaths are thus inflated in many countries.

In epidemiology, a ‘case’ – that is, a clinical case of a disease – is quite narrowly defined, determined by certain signs, symptoms and other characteristics, and requiring, at the very least, a symptomatic hospitalization. But for some reason this definition has gone out the window. The numbers of ‘cases’ we’re hearing about daily refer not to CoViD-19, the disease, but to detections of SARS-CoV-2, the virus that causes the disease.

It isn’t even correct to say that these so-called ‘cases’ are all SARS-CoV-2 infections. The PCR (Polymerase Chain Reaction) test, which the Canadian government refers to as the gold standard, is conducted by a swab that can detect a trace amount of RNA of the virus, which could be live, dead (potentially many weeks dead) or it could be a false result. If it’s a true positive, it only means that the RNA of the virus, dead or alive, is on someone’s body. That person is not necessarily infected and is likely not symptomatic, not sick, and not in any danger. And that certainly does not constitute a case of CoViD-19.

While positive PCR swab results are going up (and this is because the rate of testing has increased exponentially, not because the virus is spreading more), hospitalizations and deaths remain extremely low. And these are the figures that actually matter. The virus itself is likely going to be with us forever, resurfacing every winter, causing disease and death, just like seasonal flu and other respiratory viruses. But the epidemic ended months ago. The hospitals were not overwhelmed and are not in danger of being overwhelmed now. There is still no evidence of a second wave.

But there’s one more misunderstanding that needs to be cleared up. All PCR tests have a false positive rate (FPR), which varies from 0.8–4%, with a median of around 2%. And importantly, this refers to the percentage of total tests, not the percentage of positive results. It means that of all the tests taken, 2% will show up positive even if no one is positive. It does not mean that if 2% of all tests are positive, then 2% of that 2% will be false positives. Yet this is precisely what UK Health Secretary Matt Hancock claimed when he said in a radio interview this week that the FPR was just under 1%, which “means that for all the positive cases, the likelihood of one being a false positive is very small.” This is either astonishing ignorance from the man responsible for most of Britain’s lockdown measures, or it’s a lie.

According to the Government of Canada, as of 19 September, 6,489,802 people have been tested in the whole country, and “of all people tested, 2.1% have been found to be positive”. Assuming, based on what Mr Hancock said, that the FPR is 0.9% for this particular PCR test, then it means that almost half of these are false positives. But again, even those that are true positives are merely traces of RNA, not necessarily infections, not cases, not disease, signifying almost no danger of death to the vast majority of people.

On the 18th of September, 67,730 people were tested in Canada, and 1044 ‘cases’ were added to the national total, which works out to a positive rate of 1.5%. (Note that as the number of tests goes up, the number of ‘cases’ obviously goes up, but the proportion of positive results is actually going down, overall.) Based on an FPR of 0.9%, 610 are likely false positives, leaving a total increase in detections of a dead or alive virus of just 434. Of course, if Mr Hancock underestimated the FPR, which is entirely possible, given that he doesn’t even understand what it is, they could all be false positives.

Last winter in Canada was a light flu season in which a lower than average number of susceptible people died. This meant that there were more elderly and vulnerable people alive when SARS-CoV-2 hit. The callous, albeit useful, term used for people in this predicament is ‘dry tinder’. Remember, more than 80 per cent of CoViD-related deaths in Canada were in old-age homes, and the median age of death is over 80. It is the aged and infirm, not the young and healthy, who are at risk. But I don’t mean to downplay the tragedy.

CoViD-19 is a serious disease and what many of these patients went through was horrific. Their blood oxygen levels would desaturate after about nine days to shockingly low levels as the virus attacked the ACE (Angiotensin Converting Enzyme) receptors, which line the airways and gut, causing respiratory problems and flu-like symptoms. But when the immune response was at its strongest, it was not the virus but the antibodies themselves, being of a similar shape to the virus, that were causing the damage to the airways. Other ACE receptors in the heart sac were attacked, resulting in accompanying chest pain. As their blood thickened, many patients were put on respirators. Liver enzymes were raised, iron and ferritin levels were extremely high, white blood cells were very low. Many went into organ failure and respiratory distress, dying alone without their loved ones around them.

But we must put it into perspective. In Canada an average of 700 people die every day of all causes; on Friday [HD: he means Fri Sep 18th] only five deaths were attributed to CoViD-19. An average of 260,000 people die annually in this country; only 9205 have been attributed to CoViD-19. Omitting the old age homes, fewer than 2000 CoViD-related deaths have occurred in Canada. That’s equivalent to less than three days of national all-cause mortality.

The reaction to this virus has been unthinkably disproportionate. And that is perhaps why our politicians don’t want to think about it. They’d rather stay the course, telling us to remain afraid, unwilling to acknowledge any mistakes, and minimizing the negative consequences. The harm caused by lockdown is difficult to quantify, but potentially far worse than the harm caused by the virus. The real epidemic is falsehood. It’s well past time for politicians and journalists to take off their masks and start telling the truth.