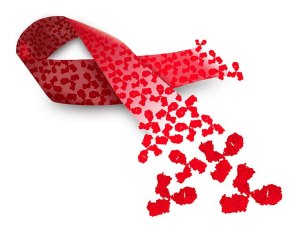 It turns out that Neil Ferguson isn’t only long-time scaremonger to have reached a high position of power.

Michael Fumento takes up the story:

In this writer’s 1990 book, “The Myth of Heterosexual AIDS,” he is mentioned on 24 pages. A sample: “Dr. Redfield, amazingly, has declared [the chances of] male-to-female vaginal HIV to be 50 percent per contact.” Yet data already available at that time showed that if neither partner had genital sores or other openings, odds approached zero.

Redfield also threw his weight behind an HIV vaccine in 1992 that proved worthless — although an Army investigation (he was a colonel at the time) found no official misconduct.

Who is this guy? A nobody? He is Dr Robert Redfield, and he just  happens to be… the current director the US Centre for Disease Control.

“I think it’s important for the American public to understand about the potential magnitude of the challenge that we have,” he told a Salt Lake City radio program earlier this month. “This [Covid-19] is the greatest public health crisis that has hit this nation in more than 100 years.”

He emphasized, “That’s not a hyperbole; that’s just a fact.”

But wait, he’s not the only one in this category. Consider this scaremonger from the AIDS days:

Back in 1983, one scientist and doctor was sole author of a paper in the prestigious medical journal JAMA which stated that AIDS might be transmissible through “routine close contact, as within a family household.” That turned out not to be true, of course, but in the meantime the media had widely propagated the myth, naturally setting off a wave of hysteria.

Nevertheless, within months the author was promoted to chief of the National Institutes of Allergies and Infectious Diseases, a position he still holds.

Who was that person? His name was… Dr. Anthony Fauci.