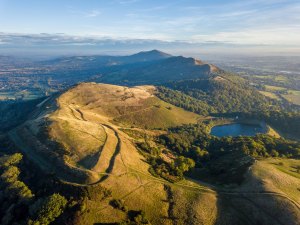 Sad to say, but almost unnoticed a new ‘divide’ is opening up as a result of lockdown, between those of us who live singly, and our married friends.

Don’t get me wrong, I have been married twice and have nothing against the institution, particularly as I have some wonderful and supportive kids from both unions, but friends who are now happily married, particularly if they have a nice house, a garden and possibly two useful pensions do not appreciate what has been taken away from us. Our Dear Leader, now cheerfully shacked up with his young girlfriend and their baby in Number Ten, may get the occasional ticking off for spilling red wine on the carpet, but sometimes a blazing row can be more satisfying than continual loneliness.

I have chosen to live alone, to get up when I feel like it and to watch whatever TV programmes I want (though I think I know every episode of World at War by heart). At the age of 85 I have lived through the rise and fall of Nazism and the collapse of the Soviet Union. I have visited Germany and Russia and have travelled extensively in China, even taking groups there from our local U3A (University of the 3rd Age), enabling me to form a positive opinion of its people, if not its leader. I was able to get involved with as many as twelve groups in the U3A, even starting and leading new ones. This meant that there was something to enjoy at least once every day.

All this has now been taken away.

This is particularly hard for widows and divorcees who used to rely on coffee mornings and games of bridge, which they now play online – a poor substitute for real companionship.

On the day that lockdown was announced my doctor rang to ask, ‘Was I self-isolating?’ I told her and anyone else who asked, that I was not, and had no intention of doing so.

One ‘friend’ was kind enough to tell me that his daughter was a GP who thought I was irresponsible to drive up into the Hills every day for a long walk, ‘after all, I could have a car accident or even a fall, and would then become a burden on our NHS’. I didn’t bother to argue that I’d had a heart valve replacement in September and needed to keep my ticker working flat out, in clean fresh air.

My partner of 22 years and I do not live together, but used to enjoy our holidays abroad. We are now allowed to go for a walk, two metres apart, but not to visit each other’s homes.

The attitude of many was brought home to her when she went to the local branch of Boots to buy a nail file. She was told by the pharmacist, whom she knew, that yes, she could buy a nail file but that it was ‘a non-essential item’ and that as she is in the at-risk age group she should not have left her house at all.

Many married friends no longer go shopping but have all their daily needs delivered, and they probably don’t realise that I actually relish standing in a lengthy queue at Waitrose, because there is another human being either in front or behind, with whom I can converse!

As you may understand I did not appreciate an email from a married friend which reads. ‘I will continue to follow the social gathering guidance in respect of the means to reduce the possibility of me being infected.’

Not all my married friends are quite as smug, but if, sometimes, I am resentful, I hope they’ll see why.

However, I’m just grateful that my children are all in happy stable relationships and keep in touch, even if we cannot visit each other.

This Government-created nightmare WILL end, but not until  our leaders can see a ‘dignified’ escape route. Let’s hope they get their come-uppances soon after.