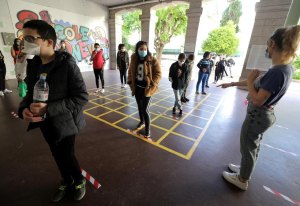 This is a guest post by John Church. John is an oil and gas professional and has spent some 30 years working for one of the biggest oil companies in the world.

I have been inspired by some of the information I have read on this site pertaining to some hard numbers and hard number analyses that have recently been posted, particularly some of the recent posts by Robert Watson on statistics from the Office of National Statistics (ONS) on age-dependant Covid mortality and comparisons with other causes of death.

Early on in the crisis, arguments based on various available hard data, which might have lead to a conclusion that the crisis would not require draconian responses, were opposed by the tide of arguments about ‘protecting the NHS’ and ‘saving lives’. These are mostly emotive angles and the decisions in mid-March were taken with very little debate about the alternatives. A situation compounded by aggressive and often unreasonable media personalities. What government minister is really ever going to be able to stand behind data and logic with the highly emotional backdrop of the prospect of thousands of people dying? It was politically not possible to point out that 50,000 people die in this country every month in normal times. But the problem with this situation is that is can lead to spectacularly bad policy decisions. Policy decisions that are not that easy to reverse.

And it is even stranger that, as cases and deaths have flattened and now started to drop, the language supporting the alarmism and restrictions has become more emotionally charged, not less. What used to be ‘protect the NHS’ has now become ‘a mis-step now will unleash catastrophe’. The Prime Minister’s words, not mine. I think this is because the hard numbers and data just do not support the policy responses. And so, in order to maintain the case that the right actions have been taken, it has been necessary to dial-up the emotion. But this is an unsustainable strategy, because in the end the emotion will die down, but the hard numbers will remain. Irrefutable and implacable.

I have previously made some postings regarding an age-dependant mortality model. I have updated it as fresher data has become available which has changed the average mortality numbers slightly, but the overall results have shown remarkable robustness. From this model and from information on death tolls, we can estimate the spread of the virus and know how far we might be from ‘herd immunity’. The evidence that children do not fall ill from Covid-19 and may not even transmit it is a topic of hot debate at the moment. They certainly very rarely fall ill, although you wouldn’t know it from the fear-mongering and general absurdity about the perceived risks of opening primary schools. But if these statements about children are true, then it means that they may act as a cohort that effectively already have immunity, and give a big jump start on any journey towards herd immunity thresholds (HIT). It has been widely reported that the herd immunity threshold is about 60%. But when you have a cohort of already immune children, then you can work out what impact this would have on the required infection levels of the remainder of the population. For the UK, the herd immunity threshold effectively drops from 60% to 50%, as a function of having an already immune cohort of 18% of the population under the age of 15.

As per the previous posts, I have also looked at different countries to see the impact and possibly explain the anomalies seen. In the case of Nigeria, 43% of the population is below 15 years old and this leads to a reduction of the effective herd immunity threshold from 60% down to 30% (of the remaining population). With an average age of only 18 and this kind of effective herd immunity threshold, it is not surprising that Covid has not surfaced as a major threat on the African continent, despite the alarmism recently written in the UK press.

I have created a table below with some key numbers for five countries : the UK, the USA, Malaysia, India and Nigeria. I have calculated what reaching that effective herd immunity is in ‘month deaths’ to put it in the context of the amount of deaths these countries experience in an average month. And I have calculated a ‘survival rate’, under a scenario where Covid passed through these countries up to these effective herd immunity thresholds.

As can be seen from this table, in the UK and the USA, reaching the effective HIT would result in 3.7 and 3.3 months worth of average deaths respectively. Whether these are genuine excess deaths or whether they are accelerated deaths of people that would have died this year anyway we will only be able to see at the end of the epidemic and after some months have passed. Looking at the other countries, an effective HIT infection level would be 2.2, 1.3 and 0.3 months worth of normal deaths for Malaysia, India and Nigeria respectively. It becomes quite clear why there has not been the size of Covid outbreaks in these countries that we have seen in the West. To get to a herd immunity threshold, Nigeria would have to suffer about 10 days worth of average death toll. With this information and also looking at the range of survival rates (99.72% in the UK to 99.97% in Nigeria) one must ask if lockdown solutions are proportional to the problem. I do not wish to diminish the loss of any individual from a personal perspective, but I do not think these numbers support the level of damage to our national economies and the removal of centuries of societies cherished freedoms. And it is only by looking at the very hard numbers, stripped of all emotion, that we can avoid making galactically large policy mistakes.

For anyone interested, the updated mortality model can be accessed here: Corona_data_post_update_May15

14 thoughts on “John Church: The Role of Children”