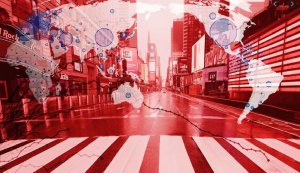 This is an article by Peter Forsythe, who lives in Hong Kong. This article was originally published on Peter’s blog here. For some lovely photos of Peter’s garden and the nature surrounding his place, go here.

I did the figures, based on a ‘stringency index’ put out by Oxford University. 100 being the most stringent. And I did the correlation between this and the cases/deaths/ million, which come from Worldometer, run out of Johns Hopkins University.

The long and short: there is no correlation. 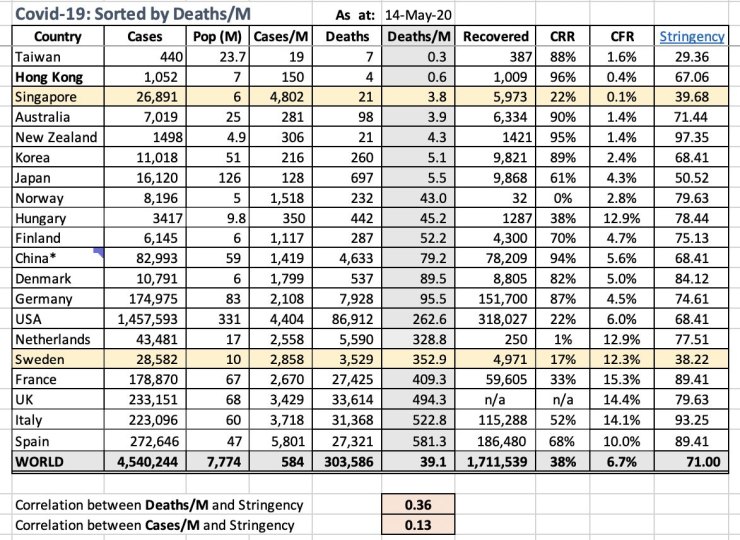 (Go here to view the spreadsheet.)

A figure of less than 0.6 means little or no correlation. Here the figures are 0.36 for correlation between stringency and deaths/M and 0.18 for same and infected cases/M.

So, there is – at least according to the figures we have so far – no correlation between the strength of the lockdown and the number of cases and deaths per million. This could change, and I’ll keep an eye on it.

By the way, the two countries with yellow shading are those with low levels of lockdown (according to Oxford University). I’ve just noticed that Taiwan ought to be shaded yellow as well (my bad). My own Hong Kong is at the middling-to-lower end of stringency, but world-best in terms of cases and deaths per million.

Singapore would likely have a higher ‘Stringency Index’ as it has implemented ‘circuit breaker’ measures since the Oxford figures, which are as at March 30.

It seems to be the case that high levels of cases and deaths/million led to severe lockdowns, rather than the severe lockdowns leading to lower levels of each. And note also that the top/best performers above, in terms of deaths per million (which the spreadsheet is sorted on), are all in Asia and Oceania. The top seven.

Update: This is my spreadsheet of the dates of lockdown, as defined (by me) as being the date that the Oxford U ‘stringency index’ for the country in question went above 50. And the date of peak infections, taken from Worldometer. I don’t want to make too much of this as there are many factors involved, such as the extent to which people did or did not follow the lockdown strictures, the measurement of the cases, etc. Still, it’s interesting that the dates vary so widely. You’d expect them to cluster around 14 days, the incubation period. But they vary from 6 to 61 with an average of 28 days between the lockdown and the peak of cases. 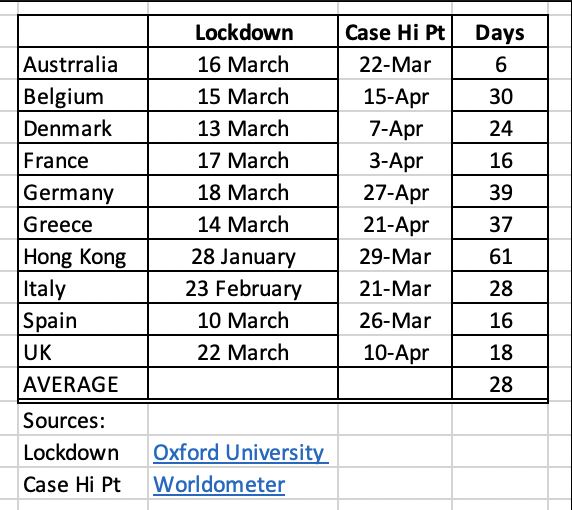