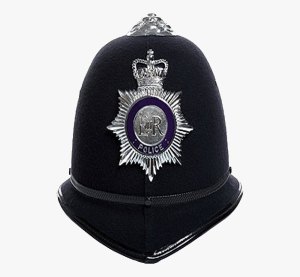 This is an article by Andrew Mahon. Andrew is a writer based in London, who has written for the Spectator, the Daily Wire, Human Life Review, New English Review, Brexit Central, Catholic Journal, Conservative Woman and others.

The NHS is so ours.

But why is it that we never hear of ‘our police’ or ‘our Common Law’? Surely these great English institutions are as much ‘ours’ as the NHS is. Lord Sumption recently alluded to this in his comments on the police, explaining that ‘the tradition of policing in this country is that policemen are citizens in uniform. They are not members of a disciplined hierarchy operating just at the government’s command.’ In other words, they are ‘our’ police. Would we really want them to be someone else’s?

In The Abolition of Liberty Peter Hitchens examines the twentieth century transmutation of the police from the citizens in uniform Sumption describes, who had no legal powers beyond those of any other citizen, to an almost military force with a separate legal status, functioning on behalf of the state rather than the public:  ‘Once we had the Queen’s peace, which was ours. Now we have the people’s police, who belong to the elite state.’ The police ceased to be a preventative force that targeted wrongdoers when necessary, and became a reactionary force, waiting until a crime has already occurred before responding, unable to protect anyone, but targeting everyone. Maybe the police aren’t ‘ours’ after all.

But they once were. The origin of the police force in England was a controversial matter, so wary were the English of surrendering their liberty to ‘a Continental gendarmerie’. But, as Hitchens explains, since crime was a persistent problem some kind of police force was needed, and in 1829 Sir Robert Peel devised a unique solution, ‘deeply influenced by the English past, restrained by law and custom. The unadorned, far from majestic or overbearing constable, patrolling alone and on foot … It was a cunning compromise, imposed by men who did not really want a police force at all and suspected that it would become a monstrous tyranny if not closely watched and constantly restrained.’

The relationship between the public and the beat cops was built on mutual trust and respect. Communities knew their local bobbies, and took comfort in the fact that they were never far away. Minor crimes were discouraged, youths stayed out of trouble, and the public felt safe. The unarmed constable, in return, knew he could rely on the public for help and support, since he was but one of their number, paid to wear a uniform and to take the lead in the prevention of crime.

How this has changed. When was the last time anyone saw a local policeman walking the beat? On the other hand, since this lockdown began, I’ve never seen so many police in all my life, driving through parks in their massive people-carriers, sauntering in pairs over to malicious sunbathers or groups of three, ordering people to go home lest they somehow kill others by exercising the ancient liberties of the English. On the rare occasion that someone gently resists a police instruction, a dozen other police will rush to the scene to provide backup. Such bravery. These park constraints have recently been relaxed a bit but the police are still present in large numbers and fines for any infringements have increased.

Where have all the police been up till now? (Making TikTok videos or investigating non-crime hate incidents, probably.) I could have used an old-fashioned beat cop on several occasions over the past few years to prevent an actual crime. Judging from the proliferation of criminal activity in recent decades, I suspect I’m not the only one. The police are seldom there when you need them. But now, when people are outside enjoying the weather, the police demonstrate their strength as a preventative force. No one in the parks wants them there. No one in the parks is endangering anyone else. No one in the parks is breaking the Common Law.

But it’s not the Common Law that the police are enforcing; it’s secondary legislation in the form of recent government regulations — convoluted statutory law. The part of the law barrister Harry Potter eloquently called ‘legislative diarrhoea’ in his 2013 BBC documentary The Strange Case of the Law. This particular deposit of legislative diarrhoea isn’t even lawful, according to the compelling case laid out by barrister Francis Hoar and the current legal challenge of the lockdown led by entrepreneur Simon Dolan. The Health Protection Regulations, 2020, they argue, are ultra vires the 1984 Public Health Act which the regulations claim as primary legislation, and they violate on multiple counts the European Convention on Human Rights (ECHR). In other words, statutory law is in conflict with itself.

The beauty of the Common Law is that it wasn’t imposed from above. The Common Law emerged gradually, by allowing generations of improvised decisions to speak through each other and bestow a firm and fair set of legal prohibitions on our otherwise unlimited freedom. Unlike other countries where nothing is permitted, except what the law allows, the English tradition is that everything is permitted, save what the law prohibits. The Common Law is controlled by no single person or state body, but transcends them all, and to it, all of us — cabinet minister, policeman, citizen, alike — are equally subject. The Common Law is truly ‘ours’, with the caveat that in the past twenty years, since the passage of one distinctly malodorous case of legislative diarrhoea — the Human Rights Act, 1998 — every British law must comply with the ECHR. Like the police, it’s not quite ‘ours’ anymore. They couldn’t directly take the Common Law away from us, but parliament could render it impotent by subjecting it to a foreign code. Dorothy Sayers probably couldn’t have imagined this when she wrote: ‘Oppression strides over code law as an invading army marches down an arterial road, but the Common Law of England is a maze, baffling and secure; to march through it you would have to hew it down and root it up completely.’

The irony is that, by usurping ‘our’ Common Law in this way, parliament itself has provided the basis upon which its own legislative diarrhoea can be declared incompatible with human rights. And, by ceasing to be ‘ours’, the police are no longer in the business of protecting the public, having instead become an arm of the state, enforcing compliance with these evidently illegal laws.

In the new normal, only the NHS is ours. Clap if you must, but I’d rather go to the park and crack open a beer.

12 thoughts on “Andrew Mahon: Apparently, the NHS is ours. Which is great, I guess. Because we wouldn’t want it to be someone else’s, right?”