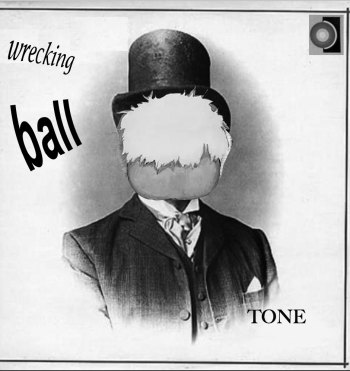 This is an interview conducted in 2035 by music journalist Jason Holmes with the artist called Tone. Jason can be found at @JasonAHolmes.

It’s a bright cold day in April, and the clocks are striking thirteen.

“It’s good to be alive in the year of our Lord, 2035,” says TONE as he sits down outside The Victory pub on London’s South Bank, a stone’s throw from the Tate Modern shopping mall.

He’s an elderly man yet a newcomer to the singer-songwriter game. He props his guitar case against the table and looks out across the water at City Hall’s replacement, the Ministry of Diversity: a vast white pyramid rearing behind the dome of St Paul’s on the site of the long-vanished Barbican. It’s the New London we look out upon. The old ruling class – hounded out of their jobs after The Change – still lives in exile.

The press release from the PR company was standard enough: another songwriter with an album out and a plan to play live as far and as wide as he can. He’s a newcomer to the live circuit but something about him looks familiar. Too familiar. Perhaps it’s the demeanour: scruffy, defensive yet combative. He wears a leather biker jacket over a royal blue T-shirt decorated with twelve five-pointed stars set in a circle.

“Vintage,” he says with a wink, pointing at the defunct design on his chest.

It’s been some fifteen years since The Change and the ensuing collapse of live music, and troubadours without any pedigree, like TONE, have slowly insinuated themselves into the remnants of the music world, superseding the artists of old whose careers ended when touring died out. Tentatively at first, in town squares and taverns up and down the country, a new set of faces gradually appeared.

Looking at him I get an overwhelming sense of déjà vu. I find myself staring. He smiles back and makes a question mark of his face. As an opener I ask about his real and stage names but it’s a question he’s quick to duck.

“This is all there is to know, right now, here, with you and my guitar – this is where I need to be.”

He’s vague and obfuscatory and the anachronistic voice makes me think I’m sure I’ve met him somewhere before.

According to the press release, he was educated at the renowned Amplehyp School before he “went up to university and got a first in drinking” but says he now lives a humble life as a troubadour and earns his keep playing one-man gigs in tube stations. He tells me he’s of no fixed abode, preferring to sofa surf ‘up west’, and that he doesn’t mind sleeping rough as long as it’s under an English oak in Regent’s Park that he’s grown particularly fond of.

I watch him take a belt of ale and ask him about his musical influences.

“I’m glad you ask because the album is a mélange of all my loves. And I did the artwork myself too. There’s the Beastie Boys, of course, then some Homer and the dactylic hexameter, the masterful, dare I say legendary AC/DC, you know, with the guy in the shorts and old boy tie, used to listen to them in the school dorm, just brilliant, then there’s a soupçon of Virgil, Ovid, a dash of Florence and The Machine and Goldfrapp too, love a bit of Goldfrapp.”

“It’s allowed me to make a massive career change so it has to be a good thing.”

Career change? So he wasn’t always a musician? He squirms.

Well, how long has he been playing the guitar?

I mention a track off the LP called ‘Biscuit Game’, a spoken-word poem set to hand claps.

“I don’t really want to talk about that”.

Does he have children.

Does he write love songs.

“I try, but I was unlucky in love my whole life.”

He says he wants to perform the whole ‘Wrecking Ball’ album live in tube stations.

“Because it’s populist and that’s where people need to hear good music the most, when they’re travelling home from a long day in the ditch or the abattoir, when they want to hear their own thoughts sung back to them”.

Are there any political songs on the album?

“No, none,” he burbles, combative fists appearing on the table. “But I love a good slogan. I mean, what are songs after all if not slogans and when you think about it, everything’s a slogan, no?”

“Get breakfast done. Speaking of which, I’m famished. Where’s the menu?”

Then without warning he explodes and says he loves Kraftwerk, which makes me perk up.

“Absolutely I do, but these days only the low fat variety. On Ryvita. But anyway, I chose Spoof Records for this album because they gave me the freedom to do what I want. Even now, I feel my words have enormous power to, you know, take a wrecking ball to things for the better.”

“Maybe for the worse. You see, I still have something to give the world after all these years,” he says, his paunch balanced in his lap. “And to be perfectly honest, it’s all I’ve ever really wanted to do. The road is long, with many a winding turn, as they say, so here I am. At last.”

His sentences have grown clipped. He fidgets and I again experience that overwhelming sense of déjà vu. He was on TV a lot, a long while ago, that’s where I’ve seen him.

“I’m a people person, a scholar, a scholar of people, of the things that move people, make them tick. I always was.”

He nods to himself and the aged face cracks into a smile, familiar grey-blue eyes sliding behind lidflaps.

“I was…” He scratches his dome and drains the glass. “…Someone, once.”

And without warning he sits up straight. He seems bored with our little chat, suddenly uncomfortable. He runs a hand through what’s left of his greying albino tufts as he gazes out at the surging river bilge.

“Thanks old boy,” he says, “really enjoyed this. Do send me a copy of it when it’s published, won’t you? Jolly good.”

Then he frowns and gives the white pyramid one final look before getting up, and as I watch him lumber away like a woebegone panda, guitar case in hand, the penny drops. It’s him! Returned from the recent past, out of exile, back from history’s shadowlands, indefatigable as of old, Britain’s fatalistic answer to the Hegemon of the Hellenic League himself, the Blonde Bombshell of yesteryear. And now, incredibly, he has entered what’s left of our raggedy-assed music world. God help it, and us.

Disclaimer: this is a work of fiction; names, characters, places, and incidents are the products of the author’s imagination or are used fictitiously. Any resemblance to actual events, locales, or persons, living or dead, is entirely coincidental.

3 thoughts on “Jason Holmes’ exclusive interview with TONE: “I was someone once””